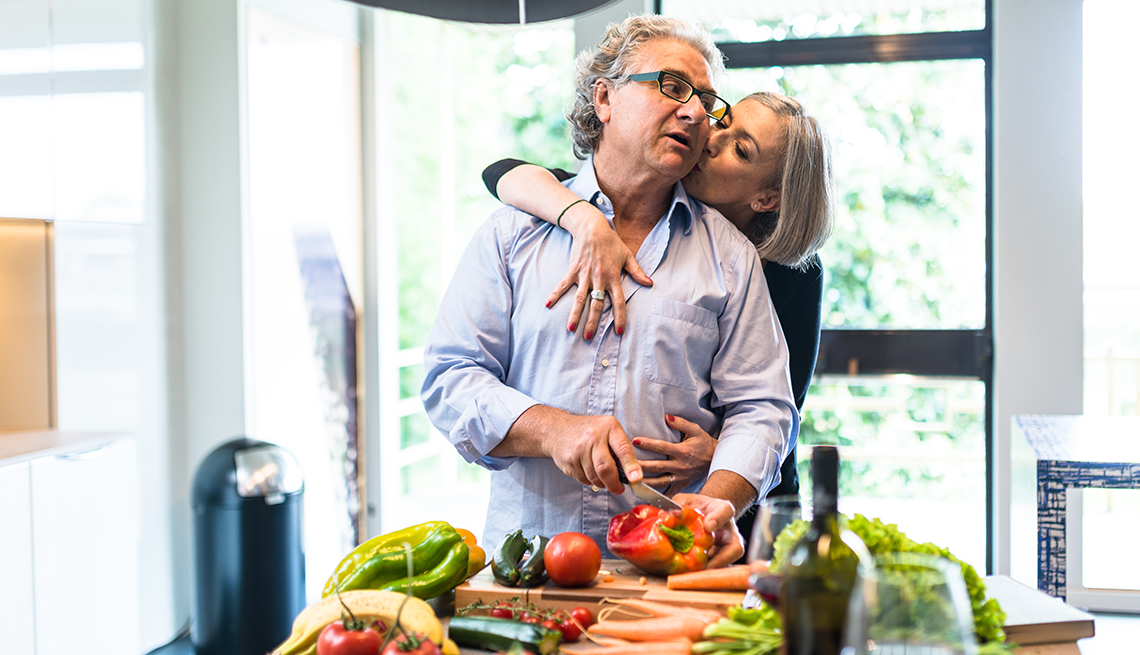 4. Plan the division of labor

Couples should also have conversations about whether the division of labor in the household and other areas of their lives will change, Prescott says. Once a person is no longer working, is the retiree expected to take on more household chores? This can interfere with the retiree’s plans to explore new interests and activities, which can create friction.

â€œI think it’s easy for people to assume that someone is retiring and not that busy anymore,â€ Prescott says. But that doesn’t mean that the working spouse has the right to fill the other’s time with to-do lists.

Sometimes couples just fall into an easy pace. Susan Esco and her partner, Tina Wagoner, met during the pandemic and have since moved in together. Esco is a speech-language pathologist in private practice and Wagoner is a retired military veteran. Both find that the division of labor comes naturally. â€œIf there’s a sock on the floor, it’s picked up,â€ she said. â€œUsually, if I was cooking, she would clean. Both are empty nests, so there are no babysitting duties to divide.

Deonte Cole, the retired military man, helps with housework and care, but his wife, Lakesha, still does her share of the housework even though she is working. This allowed Deonte to obtain his real estate license and learn computer coding. â€œI touch on a lot of different things. Because, while we’re still young and I’m retired, I still think you never know. There might be another passion that I’m developing that becomes another career path, â€he says.

5. Be prepared for change

And as your spouse goes out and pursues new interests, partners also need to be prepared for the changes this brings, says Prescott. When you step out into the world and have new experiences, it can bring about unexpected changes. What will your days be like? Is your partner going to try new things? â€œThere can be new friends as they start new hobbies,â€ she says. “Their world might open up in a different way.”

John Holmes, the retired auditor, runs an online radio station called Radio Once More, which offers “old-fashioned radio and nostalgia programming.” He made friends all over the country. His wife, Helen, who is still working, takes part in the management of the resort and also manages its social networks.

â€œNo matter what you like, whatever your passion, I think it’s important. You can’t count on your spouse or partner to always be there for your entertainment,â€ he says. â€œYou live your life together, but youâ€ are also individuals. And you must know it. “

Esco is also exploring his career options, getting more involved in modeling and acting. “I was already starting the [career] change, but I can tell you that knowing that [my partner] has full retirement and has X amount of dollars ahead really relieves me, â€she says. Esco is finding success in her next career and has been hired as part of an international marketing campaign.

As your life changes, it’s also important to maintain your bond with each other, says Lakesha Cole. Before her husband retired, the couple had a dating once a week for an entire year to reconnect before their lives changed so much, she says. â€œSo once that happened, it was really easy. For me, I think, because we were already in a space where we were spending more time together,â€ she says.

Helen and John Holmes also make sure they find time to do things they love together, like ‘sip and paint’ parties, where they paint at local venues or, now, remotely via video conferencing. They also organize a game night.

Esco says she and Wagoner enjoy the fluid nature of working from home. They can log in throughout the day and have the ability to organize their schedules more easily than if one of them had a typical office job. â€œSince I’m in private practice, I have a lot of flexibility,â€ she says. “So I’m like, ‘Yeah, well, a partner that isn’t tied to a nine-to-five.”

Above all, communicating regularly, before and during retirement, is essential to prevent problems or conflicts from escalating. â€œMy suggestion would be to deal with things more preemptively before there is a problem or a crisis,â€ Prescott says. â€œIf you get a certain feeling about something, you better share it sooner than wait for things to pile up. And check in with each other regularly to see how you are feeling. Retirement is a big life change that comes with a number of emotions. And the issues may be different if one of the partners retires by choice or quits due to a health issue, job loss, or other difficult circumstances.

Silver agrees, â€œKeep communicating and maybe make a plan, which we agree with. How often will we see the children? How often are we going to take a trip? And be prepared to compromise, she adds. During this time of transition, you may need to deliberately adjust to the changes that will keep your relationship strong.