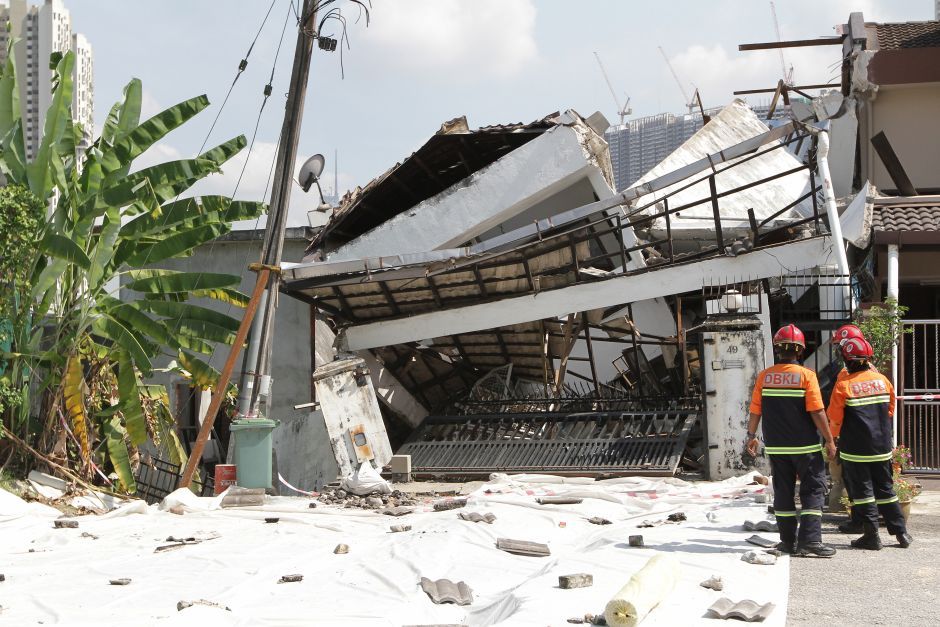 A DEVELOPER has been ordered to halt construction of a tower project after a two-storey house in Taman Pertama, Cheras was destroyed.

Kuala Lumpur City Hall (DBKL) said it happened after a retaining wall was moved at the project site on Sunday May 22.

In a statement on Monday, May 23, DBKL also said the fire and rescue service had ordered occupants of six nearby homes to leave.

“The Malaysian Institute of Public Works has been appointed as a consultant to oversee the works.

“The developer is also required to review the design of the retaining wall.

“They also need to come up with a long-term proposal to fix the problem,” he told a news conference on Monday.

Mahadi said the timeline for completion has yet to be decided as relevant details are still being collected.

“This includes data on project designs as well as the construction sequence at the site,” he noted.

He also said electricity and water supplies to affected homes had been cut off for safety reasons.

Residents of the six houses were relocated to a nearby hotel at the promoter’s expense.