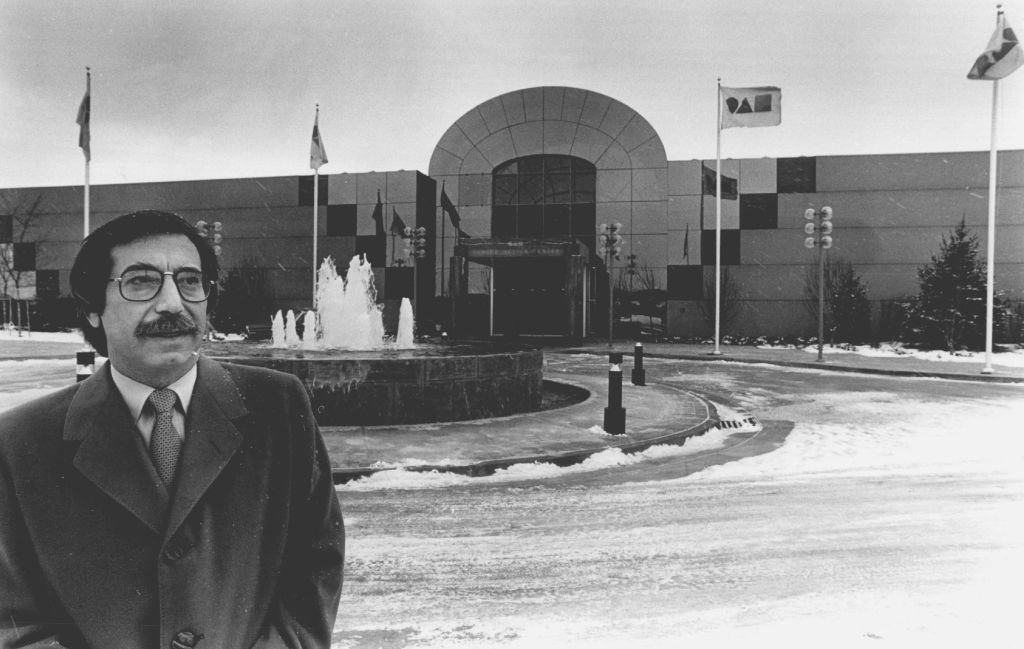 Allan Reiver, a pioneering downtown Denver real estate developer in the 1970s and 1980s before the neighborhood became known as LoDo, has died in New York City. He was 78 years old.

Reiver was a collector and dealer in architectural antiques who owned a warehouse in downtown Denver full of treasures, said John Imbergamo, a restaurateur who rented space from Reiver at 1515 Market Street to open the Giovanni Cafe in 1980.

“He was really a pioneer in the lower downtown area. He actually lived there, ”Imbergamo said. “He was a shrewd businessman.

As part of Cafe Giovanni’s lease, Imbergamo was invited by Reiver to comb through the antiques warehouse and incorporate pieces into the upscale cafe, which spanned 11 years on Market Street. Imbergamo was able to furnish the front room of the cafe with floor-to-ceiling oak panels and sculpted columns, he recalls. The warehouse was filled with large pieces salvaged from historic buildings and rooms by Reiver. Furniture and collectibles included works of art, stained glass, mirrors, gargoyles, light fixtures, wooden benches, and hundreds of doors.

At the time, Reiver lived in a huge loft on Market Street, described by Imbergamo as “beautiful”. The loft, 75 feet wide and 125 feet long, was full of antiques and it included a 25 foot by 25 foot shower stall with a swing inside.

“It was wild,” Imbergamo said of the residence. “It was before LoDo. It was a very different place back then.

Bill Saslow, a former Denver real estate partner with Reiver in the late ’70s and early’ 80s, recalled his friend as a creative figure trained in engineering, law and architecture.

“Allan was one of the most creative and brilliant people I have ever worked with,” Saslow said.

Reiver had a unique ability to salvage materials from distressed or neglected buildings, finding value where others did not, Saslow said.

“He had the ability to understand how buildings were constructed, and that allowed him to take them apart so that he could salvage materials that turned out to be of great value,” Saslow said.

Reiver was a real estate and development visionary, his former business partner said.

“He certainly saw opportunities in parts of town that other people took a long time to realize,” Saslow said. “He was involved in the lower downtown area. Allan was there at the start.

In the late 1980s, Reiver ran into financial trouble in his Broadway Plaza project. Reiver and his successor, Western Equities, which bought him in 1988, had injected more than $ 80 million into Broadway Plaza, which was renamed Denver InterPlaza, and debts on the property rose to $ 115 million. The InterPlaza was riddled with vacancies, and in 1990 an exclusive sale took place, dismantling a $ 3 million penthouse office Reiver had designed on the top floors of the old Montgomery Ward building on South Broadway. The proposed office, retail and residential complex had been the cornerstone of the unsuccessful project. Among the items sold were six elevators – still in crates – which Reiver imported from England and was never installed in the building. When purchased, the elevators were valued at $ 400,000.

Reiver and his company, a real estate development company called Realities Inc., have been named in more than 30 lawsuits, according to the New York Times. He moved to New York for a fresh start and opened an antique gallery, salvaging treasures from abandoned Long Island mansions. In 1989, he moved into a loft on Elizabeth Street in Lower Manhattan. It was there that he reclaimed an abandoned piece of land in Little Italy, turning it into a garden oasis known as Elizabeth Street Garden.

Reiver died on May 17 of cardiac arrest in New York City. He is survived by his son Joseph and a daughter Jackie.

Investing in a sustainable cryptocurrency – NuWireInvestor

Where can you find the best programs to prepare you for game design as a career?