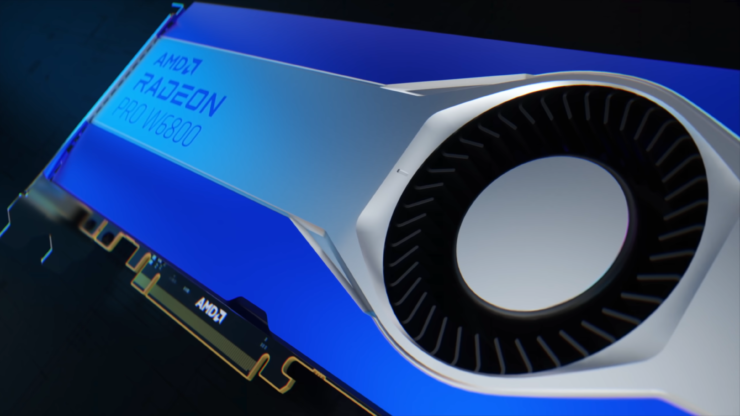 Chip designer Advanced Micro Devices, Inc (NASDAQ: AMD) today announced its fifth consecutive quarterly revenue growth, as part of its fiscal third quarter results report 2021. During the third quarter, the company achieved $ 4.3 billion in net sales, or 54%. annual growth and 12% sequential. It achieved this through strong growth in its business segment responsible for data centers and custom-designed chips, such as those found inside game consoles.

Due to another strong quarter, AMD’s third quarter revenue marks another record set by the company whose semiconductor products have managed to secure a comfortable market share through their strengths in design and manufacture. The company’s current growth trend, which is currently in its fifth consecutive quarter, began when revenues hit $ 1.9 billion in the second quarter of 2020.

A major contributor to AMD’s revenue growth is the company’s Enterprise, Embedded, and Semi-custom segment, which primarily deals with corporate clients. This segment, which provides data center products and systems-on-chips for game consoles, generated revenue of $ 1.9 billion in the third quarter of 2021. This marked strong annual growth of 64 % in an area that several of the company’s rivals such as NVIDIA Corporation and Intel Corporation are also targeting.

The growth of data centers also validates the assumptions of analysts that high-performance computing will grow to command a significant portion of orders from contracted chipmaker TSMC. TSMC, short for Taiwan Semiconductor Manufacturing Company, is the primary manufacturing partner of AMD, responsible for manufacturing the US company’s processors.

While AMD’s other business segment, IT and graphics, is still the largest contributor to the revenue pie, it is not the fastest growing one. Computing and graphics revenue was $ 2.4 billion in the third quarter, with the segment posting an annual growth rate of 44%. AMD reported in its results slides that higher selling prices partially influenced by data center graphics processing units (GPUs) contributed to the segment’s revenue growth. 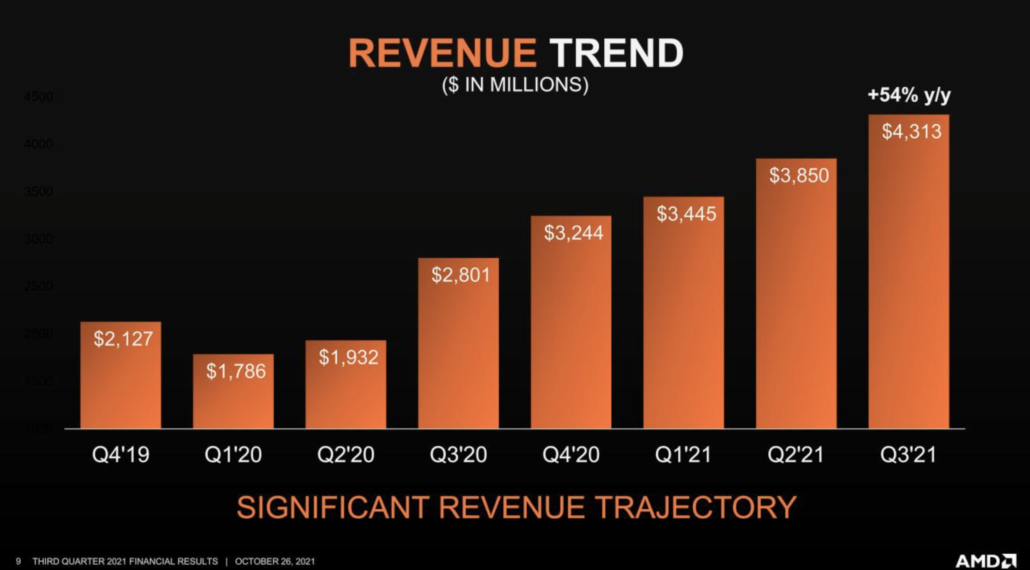 In its statement, the company was also eager to mention how its gross margins have also improved alongside its revenues. In the third quarter of 2021, AMD’s gross margin stood at 48%, which is still below the long-term goal of 50% set by the company for itself. However, as the chip designer aptly pointed out, the margin itself increased by four percentage points from the third quarter of last year. However, it remained static during the second quarter of 2021.

AMD’s reason for the third quarter cash flow situation is that the numbers include investments in “long-term supply chain capacity.” It is unclear what capacity building the company is interested in, one possibility being a closer relationship with TSMC which is building a chip manufacturing plant in the United States.

On the bottom line, AMD’s operating profit doubled in the third quarter, resulting in comfortable annual net profit growth of 78%. The company also repurchased $ 750 million of shares in the third quarter and its EPS growth reflected its net income to also stand at 78%.

For the current quarter, AMD estimates it can generate at least $ 4.4 billion in revenue and improve its gross margin to 49.5%. By realizing this, the chip designer hopes to close fiscal 2021 with a 48% margin.

Advisory board needs expertise from developers, engineers and contractors – ClarkCountyToday.com