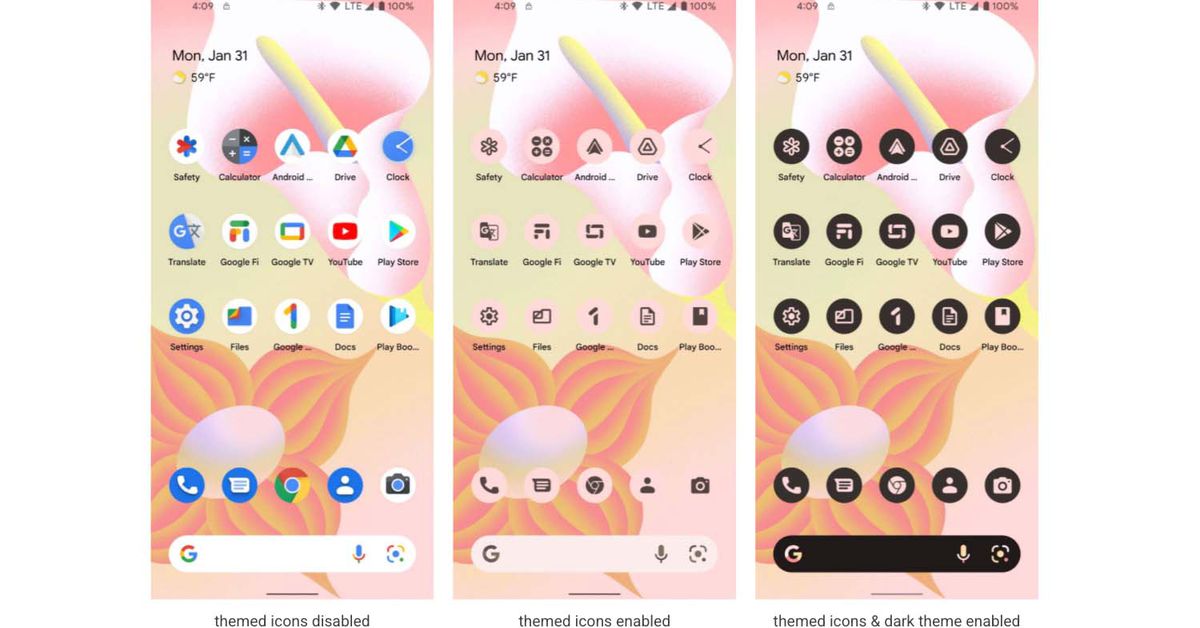 The first developer preview of Android 13 has just been released, and it offers some interesting clues about Google’s direction for this year’s big mobile OS update. New features include improved theme options and privacy features, new language controls, and of course, many major updates. These early previews are aimed at developers rather than end users, so it’s best to delay upgrading until the software is in a more finished state.

After Android 12’s focus on customizable Material You themes, Android 13 expands dynamic app icons to all apps rather than Google ones. The themed icon feature allows app icons to take on a color tint that complements your desktop background as long as app developers provide a compatible monochromatic app icon. The feature is coming to Pixel devices first, but Google says it’s working with other manufacturers to roll it out more widely.

Permissions and security are also tweaked

There are also tweaks to how Android handles permissions and security. A new photo picker will allow users to share photos and videos with an individual app without the app needing permission to see all the photos you have on your device. Google plans to eventually bring this feature to all phones running Android 11 and later.

Of course, there’s also a lot going on under the hood with this new developer preview, with changes that will likely be less obvious in day-to-day use. For example, new Wi-Fi permission will allow apps to discover and connect to Wi-Fi hotspots without needing location permissions, and language preferences will now have the option to be set for each app (handy for multilingual users). Google also says it continues to invest in its Project Mainline initiative to deliver more updates through Google Play rather than at the OS level.

Google says it intends to release Android 13 developer previews during February and March and move to betas around April. He expects Android 13 to be stable around June or July, before an official release later in the year. Hopefully this year’s update runs smoother than Android 12, which suffered from stability issues on many devices.