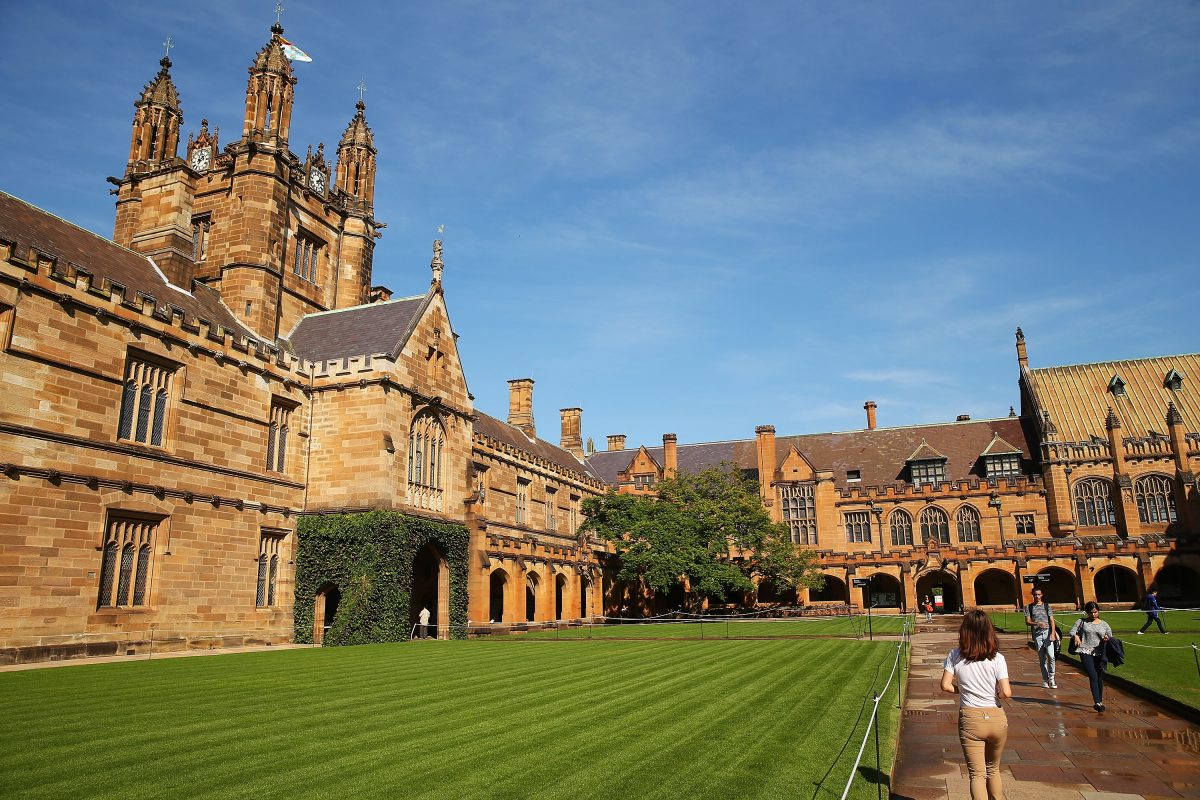 A few years ago, while doing a week of lectures in Australia, my hosts told me about an initiative to start a small study program in Western Civilization at the University of Sydney and others. colleges across the country. The program would be just one part of the giant slate of offerings to undergraduates each term, a fledgling initiative that would surely attract no more than a handful of students in the first few years of its existence.

Traditional programs such as English and History would barely notice the program as it went on. In addition, the money to support the program would come from an outside source, so that no loss of funding would be suffered by other units on campus. (People off campus shouldn’t underestimate how much humanities departments see themselves as competitors for scarce resources, and not as colleagues in a mutual enterprise.)

But, my hosts told me, the proposal was rejected. Activist faculty members rallied against it, sending disastrous messages across campus and warning administrators that the plan would become an irritating controversy if implemented. The basis of the protest was all too predictable. Teachers denounced the emphasis on Western civilization, which in 2018 was consistently labeled white supremacy. They also opposed private funding, which they treated as a cheap bribe to squeeze conservative content into the curriculum without undergoing faculty oversight. Worse, professors could find conservative teachers hired behind their backs. He had to be killed.

We don’t need to go into more detail, just notice the disproportions. (You can find more faculty responses to the proposal with a quick internet search.) On the one hand, we’ve made a modest effort to add a traditionalist element to the vast array of humanities courses available in schools. every quarter, a good chunk of them taking a progressive angle on materials. The slice of the pie Western Civ would take was barely a slice at all. And on the other side, we had a reaction from the faculty who treated this effort as if it were a Fifth Column, the first step in an insidious indoctrination, the machinations of the dark forces to undermine the very integrity of higher education. The supporters of the program were modest and conciliatory; the teachers were fearful and indignant. Why the disproportionate response?

I’ve seen it before, this strange impulse to push aside conservatives and traditionalists, to push them away, to kick them all out and for good. The Western Civ faction in Sydney would only ever be a small piece of campus land, and they would have virtually no institutional power. If the program managed to hire a few traditionalist teachers, at a college-wide faculty meeting they would be 50 to 1. Their votes on the program and other issues would not change anything. The ideological control of the left would not be compromised.

Obviously, however, control was not enough, and neither was domination. It was more extreme, and it was quite familiar. I have watched it over and over again in four decades on campus. At academic conferences and at many institutions, I have seen people with degrees and in secure positions bristle at the mere presence of a conservative voice in debates, albeit a voice over. 20, helpless and lonely. They sat in uncomfortable silence as they gazed at this obnoxious figure across the table, and they rose to speak straight if the curator himself took the opportunity to give his opinion.

The dynamic makes one think less of politics and more of purification. Better to interpret it through the eyes of an anthropologist than those of a political scientist. This is what it looks like as it unfolds, group psychology in action. The professors pretend that conservatism is just that, a contaminant, an impurity, a rotten apple which, in effect, will spoil everyone. The invasive vine must be pulled up; hallways need to be cleaned.

What do the calls for intellectual diversity mean in this climate? Absolutely nothing; or, no, they mean something much worse: the admission of a toxin into the system. Conservatives generally understand leftist anti-conservatism as a form of political arrogance, but the attitude runs deeper than that. It’s visceral. The Conservatives are not only wrong, confused and wrong. No, they are harmful. The logic is elementary: why should a deliberative group admit morally repugnant members? No, they cannot be introduced to the diet, not one of them. They cannot be repaired or cured. They are irrecoverable, as Hillary Clinton put it bluntly.

Everyone remembers the â€œdeplorableâ€ part of his infamous remarks, but not so much of that follow-up verdict: â€œNow some of these people are sunk, but luckily they’re not America. In concluding that “they are not America”, Mrs. Clinton presents them as an alien element, a virus within the body politic. The language is unequivocal. He says, “You conservatives, not all, I grant it, but a lot of you can live in this country, you can pay taxes and own property, but you don’t really belong. here you are not really an American. “

The irony in all of this is, of course, that conservatives are the ones accused of a nativist attitude, which is said to be anti-pluralist and xenophobic. If I had a dollar for all the times I have heard left-wing academics say that conservatives are “threatened” by the advancement of women and minorities in the professions, that they are “afraid” of postcolonialism and other innovations, I would be in a much higher tax bracket. I remember a professors dinner a long time ago when a professor at the table said the same thing (in relation to queer theory), and I said, “No, I think they’re not. okay with that. ” It paused the conversation, without further action, and we moved on to other topics. We had. If liberal professors accepted conservative responses to leftist developments as having intellectual foundations, the standards of academia would demand an intellectual retort. That in itself would give conservatism a place at the table, a legitimacy it does not deserve. If conservative opinion is emotional, however, if it has a neurotic basis, then it does not deserve any substantive consideration. It must be canceled.

Yes, the cancellation was the process. The Conservatives have not been beaten in the debate, beaten in the market for ideas, or convinced of the superiority of liberal goals. No, they were just fired, moved, not hired, and not encouraged to try. Campus liberals and leftists had to get rid of all the elders, as maintaining just one suggested the position might be viable, even if it was a minority preference. It would jeopardize the categorical rejection of conservatism.

Hence the overreaction of professors in Sydney and a thousand other campuses. As with so many other awakening era innovations, the campus was a testing ground for social transformation. This proved that pluralism was not a binding ideal. Left professors could escalate tensions to terrible threat levels, view conservatism as poisonous, and act utterly illiberal with full justification – and moderate center-left professors would not object. This is why conservative / libertarian calls for freedom of expression and intellectual diversity have yielded nothing. They assumed a First Amendment culture that no longer exists.

Conservatives will never argue and debate their academic opponents again. They must develop other methods, which all start from this premise: they despise us, they abhor us, they don’t want usâ€¦ and they guard the doors, the portals and the pipeline with ever greater vigilance.

Mark Bauerlein is Emeritus Professor of English at Emory University. His work has been featured in the Wall Street Journal, Weekly Standard, Washington Post, TLS, and the Chronicle of Higher Education.

The opinions expressed in this article are those of the author and do not necessarily reflect those of The Epoch Times.