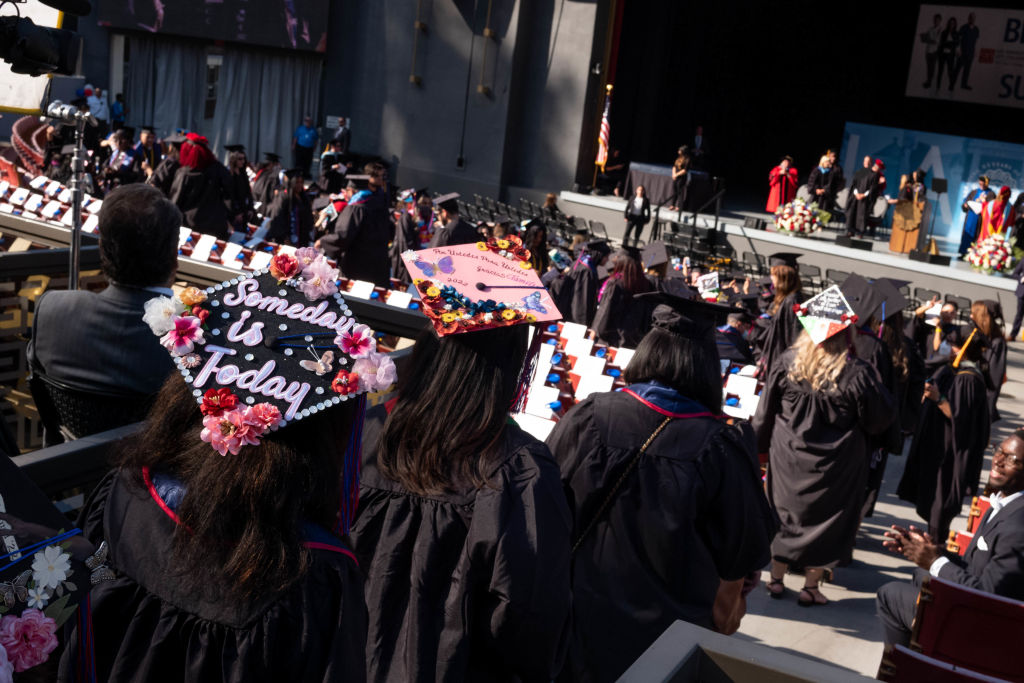 Can you get a master’s degree in computer science without a computer background?

Programming, databases, networks – these subjects are the daily bread of the computer science discipline. But not all applicants enter a graduate program with this level of mastery or a deep understanding of the field – and that is also acceptable.

“We’re seeing more and more people wanting to transition from different backgrounds,” says Craig Gotsman, dean of the Ying Wu College of Computing at the New Jersey Institute of Technology (NJIT). “Some of them are STEM – like mechanical engineering, electrical engineering, civil engineering, biology, chemistry, all kinds of technical subjects, but not computer science – and some even come from outside the fields STEM. We’ve had people coming from finance, which isn’t quite STEM, business, even as far as music, English, all sorts of really completely different things.”

In fact, about 50% of applicants to NJIT’s computer science graduate programs do not have a computer background, according to Gotsman. And these non-traditional applicants – at NJIT or any university – can still remain competitive in the crowded applicant pool. In fact, a diverse skill set may just provide a head start.

In IT, an analytical mindset is crucial

It used to be that if you wanted to get a master’s degree in any discipline, including computer science, your undergraduate studies had to line up. This is no longer the case.

“Everyone learns differently and faces different challenges,” says Paulus Wahjudi, chair of the Department of Computer Science and Electrical Engineering at Marshall University. “Computing is an area where there is not just one right answer. There are many ways to solve a problem and not every solution will be perfect.

An analytical mindset is the key characteristic that truly sets a successful master’s student apart from their computer science peers.

“What they need is analytical thinking,” Gotsman says. “You have to know how to dig into a problem, analyze it, make decisions like that. If you have a good analytical mind, that’s usually the key to success, even if you haven’t done a lot of programming, or a lot of math, or a lot of software in your past. If you’re used to thinking that way, you’ll probably be fine.

What Do Computer Science Masters Programs Look For In Applicants?

While Masters in Computer Science programs generally seek candidates with at least some experience in Computer Science or a closely related field, this is usually not an absolute requirement these days. Instead, admissions staff take a holistic look at an applicant’s background to get a sense of their potential.

“We review the applicant’s entire file,” Gotsman says, “not just their official academic record and bachelor’s degree transcript, which is just a small slice of the pie.”

For example, admissions counselors may want to know if applicants have relevant work experience, particularly with computers, or if they have non-credit training, such as online or offline courses in programming, data or in a related topic. For candidates without an undergraduate degree in computer science, support courses are an area that candidates can work on to strengthen their candidacy.

“If the candidate does not have a lot of experience in the IT field, he must indicate what he has done to show that he is interested in the field and that he is ready to invest in it. graduation,” says Wahjudi. “We don’t want to accept a student and see them fail halfway through, so anything that indicates they’ve taken the initiative to know the terrain and the program is a plus.”

Often this knowledge comes in the form of bootcamps, bridging courses – whether taken within the school or at another institution – or a shorter, less intensive certificate program to give potential candidates a taste of computer science courses without full academic commitment.

For example, NJIT offers a certificate program that functions as a mini-graduate degree – which serves as “a way for the prospective MS student to test the waters if they are making the transition from outside and he doesn’t have such a good, solid IT background,” Gotsman says.

Ljubomir Perkovic, director of the School of Computer Science at DePaul University, agrees. “Potential candidates who want to strengthen their case may want to take undergraduate courses in computer science, at a community college, for example, to demonstrate that they can succeed in computer science courses.”

When it comes to soft skills, don’t overlook motivation and drive

For people considering a Masters in Computer Science program who are discouraged by a career launch or tradition, Wahjudi offers a word of support. “More than anything, a candidate must have the motivation and willingness to learn,” he says. And these traits can be expressed equally by those with and without a computer background.

In fact, people with non-traditional backgrounds may have a motivational leg up as they make a big change in their career, Gotsman says.

“In terms of the effort they put in, hard work, drive, etc., some of our best students in this regard are those who come from a non-IT background,” he says. “They’re more driven to succeed, because their whole life depends on it, almost in a way.”

It’s also why master’s students, especially those entering without a background in computer science, shouldn’t rush to graduate as soon as possible, says Wahjudi. Rather, these students should soak up the experience and education. “Their goal is to graduate with the most knowledge of different subjects and the best performance in class, because that’s what matters later in their work,” he says.