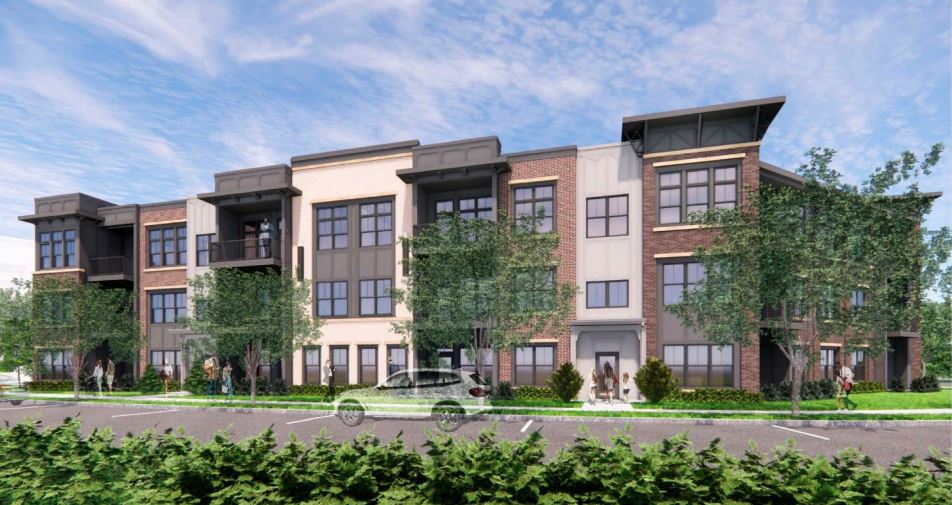 Hyde Park Towns and Flats would be built on 17.4 acres of land west of downtown Hamilton at the southwest corner of East 141st Street and Brooks School Road. (Courtesy of the City of Noblesville)

A Carmel-based developer hopes to build a 358-unit apartment complex in Noblesville, off Interstate 69 on the southeast side of town.

JC Hart Co. Inc. presented a proposal at Tuesday’s Noblesville City Council meeting to develop Hyde Park Towns and Flats on 17.4 acres west of downtown Hamilton on the south-corner west of East 141st Street and Brooks School Road. The flats would be part of the Hyde Park development.

In June 2021, Noblesville approved a $142 million master plan for the 274-acre Hyde Park project, which is located on the Noblesville corporate campus between Greenfield Avenue and East 146th Street.

Apart from approximately 155 acres of floodplains which will be preserved for natural features and recreation, Hyde Park’s design includes over 97 acres of varied residential developments, including multi-family homes, duplexes, quadruplexes, buildings mixed use and a residence for the elderly. community.

Construction of the first mixed-use projects at the northwest and southwest corners of Campus Parkway and Boden Road is expected to begin before the end of 2022. Birkla Investment Group owner Tony Birkla has signed on as the developer of these projects.

Construction of Hyde Park Towns and Flats would take place in two stages, according to documents filed with the city.

The first phase of construction would take 22 months and include 258 units in 25 buildings, as well as a pavilion. The second phase would include 100 units in six buildings on the southwest corner of the development.

The second part would be built after the first-phase units reached a stabilized occupation, according to the documents.

Each of the buildings would have three stories and would vary from a 23-unit apartment building to two single-family structures.

The project would consist of approximately 6.2 acres of open space with a “preservation zone” to the west of the development area.

A cost for the project was not provided at Tuesday’s meeting.

Randy Sherman, partner at Indianapolis-based Weaver Sherman Design, said Hyde Park Towns and Flats would serve as a transition between residential areas to the west and commercial, office and retail spaces to the east.