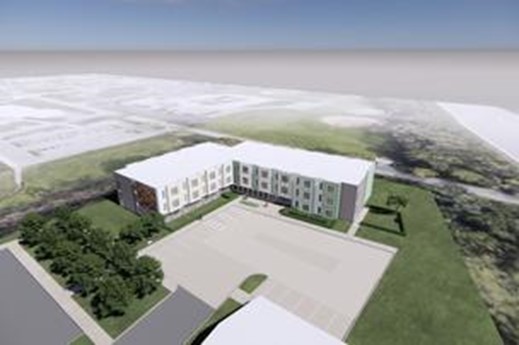 COLUMBUS, Ohio (COLUMBUS BUSINESS FIRST) – The Columbus Metropolitan Housing Authority and Columbus-based Beacon 360 Management, who are partnering with a housing project in Franklinton that will serve survivors of human trafficking, say the idea can be reproduced throughout the region.

The 52 apartments at Harriet’s Hope will be used by survivors of human trafficking in the process of recovery from drugs, alcohol or other addictions. Residents will likely be early in their recovery and will need formal treatment and supportive social services, both groups said.

There will be a mix of one and two bedroom units, multi-purpose space, private meeting rooms, computer access, laundry access and green spaces. CMHA hopes to innovate in May 2022 and residents could move in by summer 2023.

Second phase of the Smith and High project welcoming tenants

â€œThis will increase the number of affordable housing in general in the area,â€ Bitzenhofer said. â€œIt’s an innovative and creative way to accommodate people. “

Each unit will be covered by a Housing Choice Voucher, so residents will not pay more than 30% of their adjusted income to live there, said Bob Bitzenhofer, ACSM vice president of planning and development. .

â€œWe want it to be a stable place for people to live,â€ Bitzenhofer said.

The three-story, $ 13 million development received low-income housing tax credits in May and recently won a $ 1 million federal grant. The Park National Bank and the Affordable Housing Trust helped set up a loan package for the project. The Ohio Housing Finance Agency also contributed to the project.

Harriet’s Hope is being built on the site of a former motel in Franklinton. The address is not made public to ensure the safety of residents.

CMHA and Beacon worked with several survivors of human trafficking on the design of the project and some were present during the demolition of the old motel.

Bitzenhofer said the Salvation Army and Franklin County CATCH Court will partner in the project and provide services to residents.

â€œI hope it’s a success and that it’s a model that can be replicated everywhere,â€ said Bitzenhofer.

Beacon 360 Management CEO Celia Kendall came to ACSM with the idea for the Harriet House after volunteering with survivors of trafficking.

“This fits perfectly with the objectives of our agency,” said Bitzenhofer.