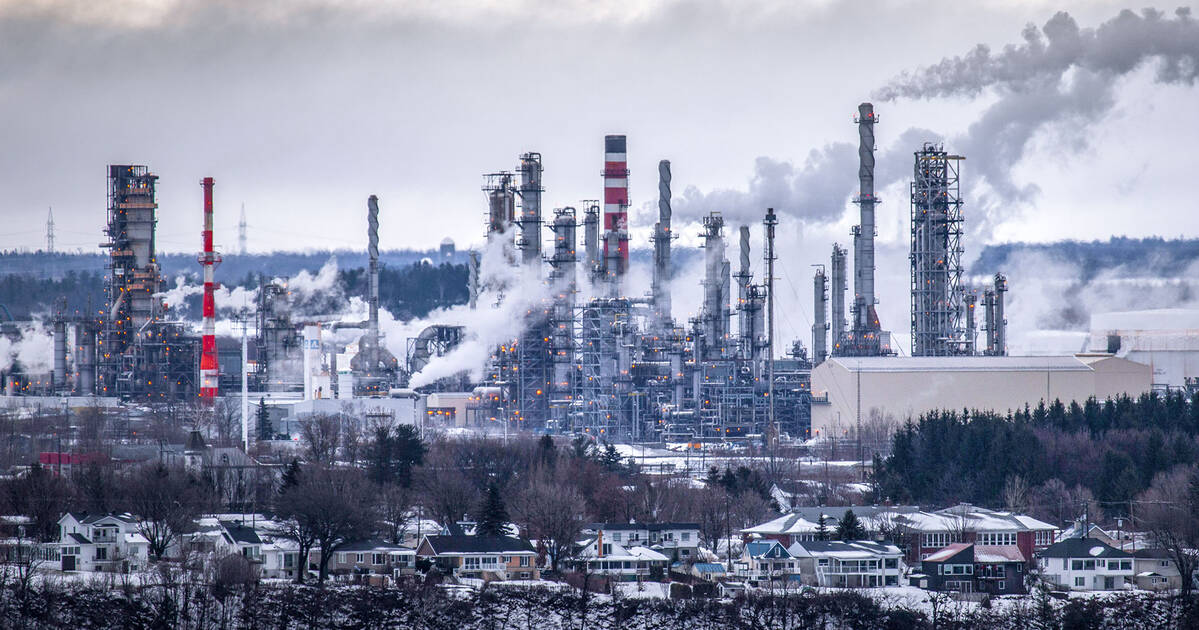 It’s election season in Ontario, and Doug Ford’s PC Party is in full swing, clearly in the language of every official announcement from the province this spring.

When it comes to environmental policy, Ford is walking a political tightrope, embracing climate change legislature while setting emissions targets well below federal government guidelines and sounding extremely careful to avoid language that would upset the hard right part of its electoral base.

Earlier in April, the Ford government quietly published a report less concisely titled “Ontario’s Responsible and Balanced Approach to Meeting the Federal Benchmark for the 2023-2030 Emissions Performance Standards Industrial Emissions Program”, which I will simply shorten to “ORBATMFBEPSIEP-23 /30” and never say again.

The bulletin contains over 600 words, but somehow, in an almost comedic defiance of reality, the word “climate” appears exactly once.

The brief announcement links to a 2.5-page report titled “Ontario Emissions Scenario as of March 25, 2022where the aforementioned word is not even used at all, although the Ministry of Environment, Conservation and Parks managed to get the word “Ontario” 21 times.

This single example of “climate” is not followed by the word “change” as logic would dictate, but rather used in the context of the guiding principles to “minimize the risk of carbon leakage (the risk of production leaving the province for other jurisdictions with less stringent climate policies), taking into account the impacts on the competitiveness of Ontario industry.

Thus, “open for business” is once again taking precedence over the planet. Although that shouldn’t really come as a surprise, as climate change denial has been a recurring theme in the Ford administration.

Fatima Syed, a journalist at Narwhal, wrote a scathing article on the province’s report, although simply bringing the report to wider attention was enough to spark outrage, as the language and the numbers speak for themselves.

On this Earth Day, let me tell you about Doug Ford’s new emissions reduction plan (which they claim is NOT a new plan). His:
🌎 2.5 pages
🌎 Don’t say “climate change”
🌎 Has lower goals than the federal government
🌎 “Certainly an election document”https://t.co/f05Tvn6axv

His article and corresponding Twitter feed offer a fascinating dive into the confusing and contradictory data behind the province’s claims to be “the leader in Canada’s progress on reducing emissions and committed to meeting our goal of reduction of 2030”.

This new plan is confusing as it has no details/clarity.

The graphic on ⬅️ is the Made-in-Ontario 2018 Climate Plan. This includes electric vehicles, an Ontario Carbon Trust (which was never created), and federal programs.

The graphic on ➡️ is the new plan, which does not include any of the ☝🏽 pic.twitter.com/jLXYjHD4sT

Ford’s Made in Ontario 2018 plan pledged to reduce the province’s emissions by 30% below 2005 levels by 2030. The province says in the report that its Emissions Performance Standards (EPS) program launched in January 2022 works to help us achieve this goal by regulating greenhouse gas (GHG) emissions from large industrial facilities. »

But it’s unclear exactly how that EPS program works, and the new plan even scales back its ambitions, removing an emissions reduction policy included in the Made in Ontario plan that included $400 million for private investment in clean technology.

Basically, Doug Ford’s “Made In Ontario” climate plan was as empty as any other promise Ford made.

Environmental policy has never really been Doug Ford’s strong suit, and he has shown his true colors on the matter time and time again during his four years in office.

A deep dive, even if researched as thoroughly as The Narwhal, is unlikely to force the Prime Minister to reverse course if re-elected, but it’s still very funny to see a government accused of climate change skepticism to release a report that goes so far out of its way to avoid stating the obvious.

Cloud computing has all the momentum, but we’re still living in an on-premises world for now