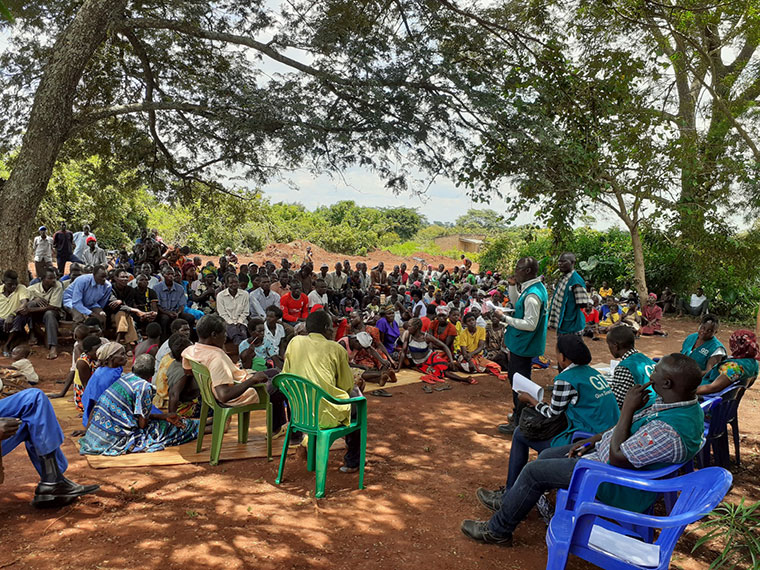 With a US$15 million Covid relief kitty ready to be deployed in Uganda by GiveDirectly, a US-based international NGO, donors hoped to bring enormous relief and joy to many low-wage workers and needy Ugandans whose livelihoods have been challenged by the Covid-induced lockdown announced in March 2020.

But without warning, the government suddenly blocked the rollout of the $15 million prize pool, trapping potential beneficiaries between grief, anger and frustration.

GiveDirectly has been operational in the country since 2013, providing direct cash transfers to Ugandans in need, but was ordered to suspend operations indefinitely in a September 9, 2020 letter written by the Acting Executive Director of the National Bureau of NGO, Stephen Okello.

When asked, Michael Kayemba, national director of GiveDirectly, said before receiving Okello’s letter that his NGO was not aware of any investigation. He said he was shocked to learn that a security investigation had been completed, but NGO officials had not been summoned by the Bureau to be heard despite holding their last meeting with the Bureau on August 28. 2020.

The suspension of GiveDirectly operations dashed hopes of cash relief for the 190,000 targeted beneficiaries.

Although the NGO Office claims that the source of funds from GiveDirectly is unknown, documents and approvals signed between different government entities including the Ministry of Finance, Local Governments, Ministry of Local Government, Kampala Capital City Authority show government officials were fully aware.

During this meeting, you noted that this program is part of your economic response strategy to COVID-19. This is to confirm that my Minister has no objection to this program and that its implementation can therefore begin.

A memorandum of understanding due to expire on December 31, 2020 is titled: Cash Relief for COVID-19: Providing a lifeline for low-income households in the capital city of Kampala and certain districts signed between GiveDirectly and the Minister of Kampala and Metropolitan Affairs Betty Amongi and Local Government Minister Raphael Magyezi on April 17, 2020.

Minister of State for Metropolitan Affairs of Kampala Benny Namugwanya and Minister of General Affairs Mary Karooro Okurut signed as witnesses. As part of the MoU, KCCA was to appoint three technical representatives for the project, provide advice and technical assistance on targeting criteria, help GiveDirectly ensure that as many people in need as possible are reached , help the NGO obtain beneficiary data, including phone numbers, IDs from telecoms and other government agencies.

The MoU justified the cash grants as support for the private needy by the coronavirus lockdown.

“As His Excellency President Museveni has noted in several speeches on Covid-19, many Ugandans are living hand to mouth without any savings to cover a period without income…these necessary public health measures will cause severe economic and livelihood hardship.These impacts are felt across Uganda, although they are particularly acute in urban informal settlements where residents are tenants, do not grow their own food and are very likely to be employed in the informal sector.

Each adult was to receive $25 (approximately Shs 100,000) per month to cover both food and other essential non-food items. Beneficiaries facing eviction would receive $50 (about Shs. 200,000). The cash offer was to last for three months.

In his address on March 18, 2020, President Museveni placed the country under partial lockdown by closing all educational establishments, suspending common prayers in mosques, churches or in stadiums and other outdoor places. It also closed all nightclubs, dances, bars, sports, music shows, cinemas and concerts were all suspended etc.

The lockdown has damaged the livelihoods of many.

ministers; Magyezi, Amongi and PS Muhakinizi could not be reached for an interview. None have chosen their known cell phone numbers at press time.

But Francis Anguria, the LC-1 president of a beneficiary village; Okobwa Village, Okobwa Parish, Bukedea District, said GiveDirectly traveled to his home area in January 2020. He said people who receive money can send children to the school, build houses and improve their livelihoods.

Anguria was unaware that the program had been blocked by the government. He disputed the government’s claim that such donations would make people lazy.

“…Take for example those who built houses, that money was not even enough because to build a simple house you need Shs 5 million and what GiveDirectly gave was less than that money, this which means people worked for the remaining money,” Anguria said. The Observer Monday.

“I as an individual didn’t get it, but I know for a fact that between 250 and 300 people received the money. The first installment was 1.7 million shillings per person and the second was 1. .62 million shillings,” Anguria said of the poverty alleviation project.

Walter Ocitti, the chairman of LC I of Kanyogoga in Gulu, said the government “was just jealous” and wondered why it was blocking individuals providing cash to their vulnerable people when it had no provided the necessary assistance during the difficult times of the Covid-19 confinement.

Kayemba questioned why ministers including Magyezi initially hailed the grant as a major relief for vulnerable Ugandans in the newly created towns if they doubted the source of the money.

It appears the state was eager to approach GiveDirectly as in a letter dated June 22, 2020, Okello referenced the June 4, 2020 meeting where a number of issues were discussed including grants in cash, beneficiaries, donors, operational districts, annual declarations and memorandums of understanding with different stakeholders.

“The Board acknowledges the documents shared so far, however, for clarity on your organization, the Board is requesting additional information.”

According to Kayemba, GiveDirectlu has already transferred over $40 million in unconditional direct cash to over 50,000 households in Uganda targeting coffee farmers to promote productivity, refugees and other vulnerable communities in Lamwo, Kyegegwa, Iganga, Bukedea, Kiryandongo and Kampala.

GiveDirectly money is sent directly to recipients’ phones, eliminating the middlemen who so often steal from people.