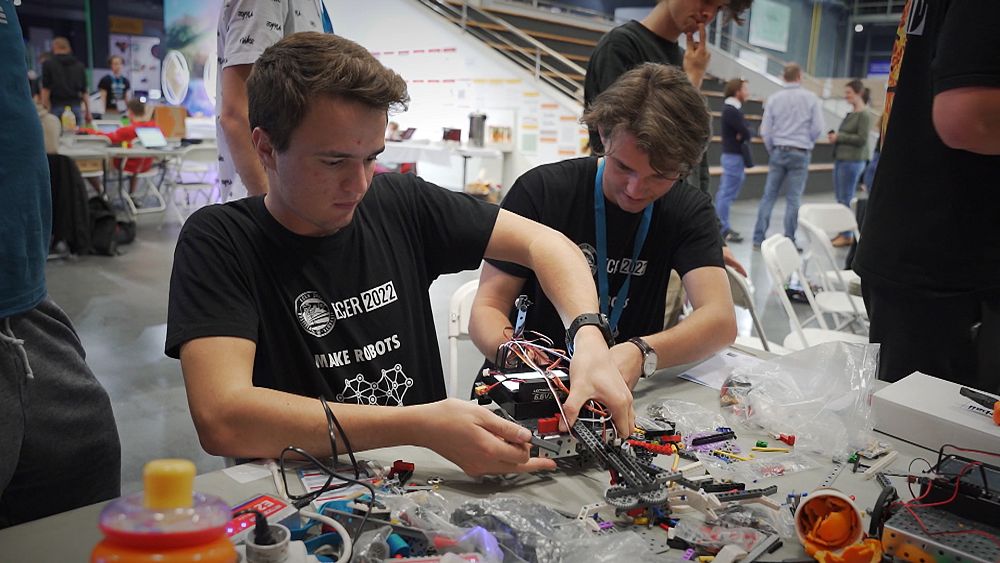 How does ‘RoboCoop’ teach the next generation of STEM innovators?

Smart Regions travels to Bratislava, Slovakia to see how a European project called RoboCoop inspires the next generation of innovators.

On the outskirts of Bratislava, more than 100 Slovak and Austrian students gathered to take part in a robotics challenge. For teams, the goal is to build advanced robots and drones. But the cross-border project called RoboCoop is much more than that.

The ultimate goal is to inspire and make science, technology, engineering and math – the so-called STEM subjects – a lot of fun.

“It works like a hand yeah. [I] learned a lot in terms of programming and mechanical use. For example this arm, it doesn’t really need gears to move. It only uses lifting arms. It was quite interesting to find out, to build that way,” he said.

The RoboCoop project has a total budget covering its work in Slovakia and Austria of over one million euros (€1,074,536). 85% of this money came from EU cohesion policy.

More than 3,000 students and teachers have already taken part in the workshops, seminars and competitions. The goal for those responsible for the initiative is now to reach 4,000 people.

In addition to computer programming, students receive coaching in the critically important areas of cybersecurity and data protection. Robocoop coordinator Wilfried Lepuschitz explains that the project’s workshops cover many areas of expertise.

“It’s a lot of things combined. It’s mechanical engineering, it’s programming, it’s documentation, it’s also writing a paper at our conference and presenting the paper, presentation skills who are involved as well. So we try to have really, let’s say really a lot of different areas and areas that students can learn from.”

The initiative also rewards students for their work through a series of prizes. A winning formula which, according to the organizers, will contribute to creating the future European innovators.