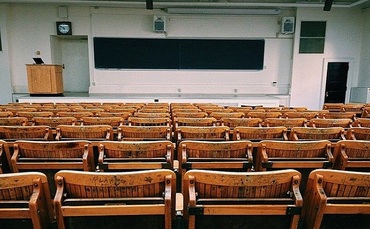 The National University of Ireland Galway (NUI Galway) is working to restore its computer network after spotting an attempted cyber attack.

Just before 9 a.m. on Thursday, the university emailed students and staff to let them know there had been a “connectivity disruption.”

In a subsequent email, the students were informed that the disruption was due to an attempted cyber attack.

A spokesperson told the Irish time that after detecting the attack, the university’s IT security team blocked all internet traffic entering and exiting the university network as a precaution. They have also blocked access to the satellite sites that NUI Galway operates in Donegal and Connemara.

As a result, students off campus were unable to access online courses. This also led to limited communication between the staff.

The spokesperson said there was no evidence to suggest any data was compromised in the attack.

“Our IT, cybersecurity and data protection specialists are closely monitoring and investigating the incident,” the spokesperson added.

“We are working to restore normal access as soon as possible. We apologize for the inconvenience caused.”

The incident is the latest in a series of cyber attacks on educational institutions, which have left many schools and colleges losing financial records, COVID-19 test data and student work.

In April, a cyberattack affected computer systems at the University of Hertfordshire, including cloud-based systems like MS Teams, Canvas and Zoom.

In March, the Harris Federation education charity fell victim to a “very sophisticated” ransomware attack, leaving around 37,000 students unable to access their email.

UK cybersecurity and data analytics firm CybSafe said in August that ransomware attacks against UK organizations doubled in the first half of 2021, with education being the hardest hit sector.

CybSafe found that ransomware incidents accounted for a third (32%) of all cyber attacks targeting schools and universities in the first six months of 2021, up from 11% a year ago.

Danny Lopez, CEO of Glasswall Solutions, said: â€œReports of universities experiencing cyberattacks have become increasingly common over the past 18 months. and staff – and access to vital educational services.

â€œWhile NUI Galway has no evidence that data has been compromised at this early stage, the cyber attack will inevitably have a huge impact on productivity. As the new academic term begins, students and staff have lost ground. access to their campus network, which undoubtedly affects teaching and access to study resources.

â€œEducational institutions should take a ‘defense in depth’ approach to cybersecurity, as the NCSC advises. This means using multiple layers of defense with multiple mitigation measures, which creates more opportunities to detect malware and prevent it from causing widespread damage to institutions.

“But even when all procedures and policies are executed well, it is clear that adversaries are constantly looking to probe for vulnerabilities. Often times, it is simply a matter of inserting malware using shared documents and files. by the hundreds every day in an educational environment. It’s vital, these organizations invest in cyber protection services that stay ahead of attackers by eliminating threats while allowing all users to do their vital work. “

Squid gaming is your next Netflix frenzy, and for good reason