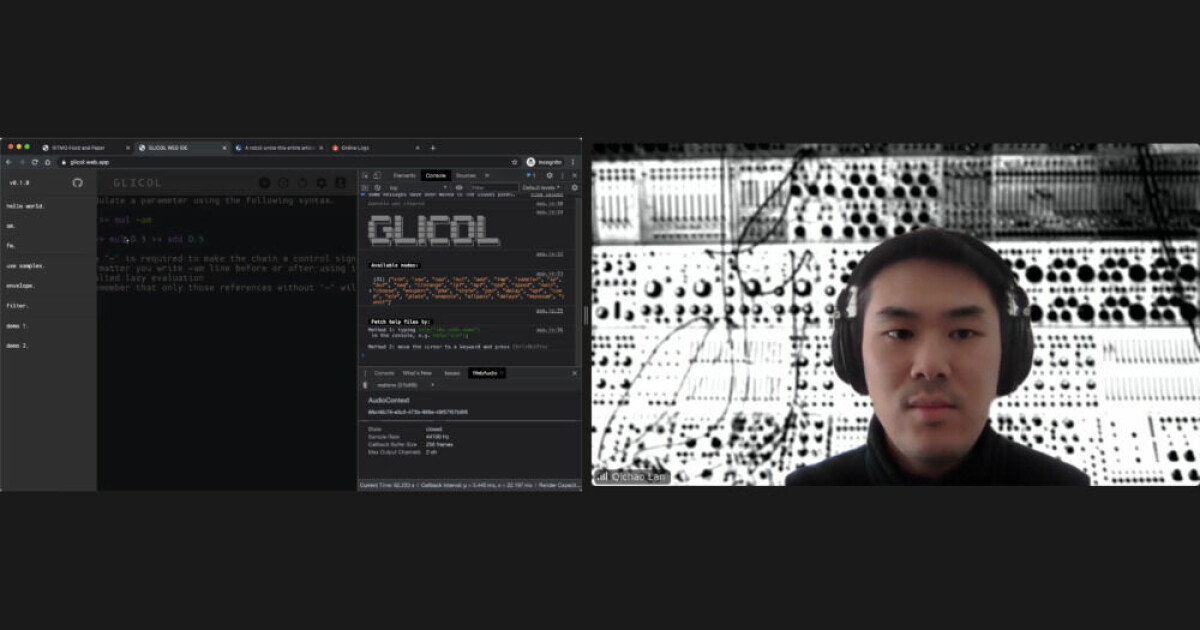 It made it easy to encode music with other

Qichao Lan wanted to make live music coding accessible to everyone. As part of his doctorate, he created a musical language and an application easily accessible in a web browser.

“We’re inundated with music on apps like TikTok, but a lot of people don’t know how music is made. I wanted to create a program that everyone could use,” says Qichao Lan. He is a researcher at RITMO Center for Interdisciplinary Studies in Rhythm, Time and Movement at the University of Oslo.

In recent years, more and more music has been created by programming tools. All you need is a computer and you can work on sound clips created by others or start from scratch.

As part of his PhD, Lan created the Live Music Coding Language glicol. You just need to click on the link and start making music.

“I tested it on users and saw that it’s very easy to use, even for those with no experience in audio programming,” says Lan.

Lan remembers the first time he tried live coding. He was delighted and immediately believed that it would be important for future composers.

However, he was not entirely satisfied with the existing tools and started researching how to create his own music programming language.

He also followed the development of artificial intelligence (AI) in music and was curious about how AI might affect live coding opportunities.

“What differentiates Glicol from many other live coding languages ​​is that you can access it in your browser. Previous languages ​​often require downloading and installation, which can be difficult for non-programmers,” explains Lan. “Secondly, it’s user-friendly for those who enjoy writing music with others. I imagined a new mechanism where all collaborators must accept the codes before converting to music. It makes the process democratic.

The possibilities of AI

Lan also wanted to develop the possibilities of music creation offered by AI.

“Before, we didn’t share any musical programming language with computers. By making some small changes to Glicol, the AI ​​can use the same language. Then humans and AI will be able to make music together, which is new,” he says.

“I’m curious what music the AI ​​will do. Maybe it will do something we didn’t expect. Maybe we think it’s just garbage, or maybe the music of AI will make us feel differently,” he says. “As AI has entered our lives in almost every aspect, I’m sure it will be part of future music creation. The language I design is meant to be a bridge between humans and AI.