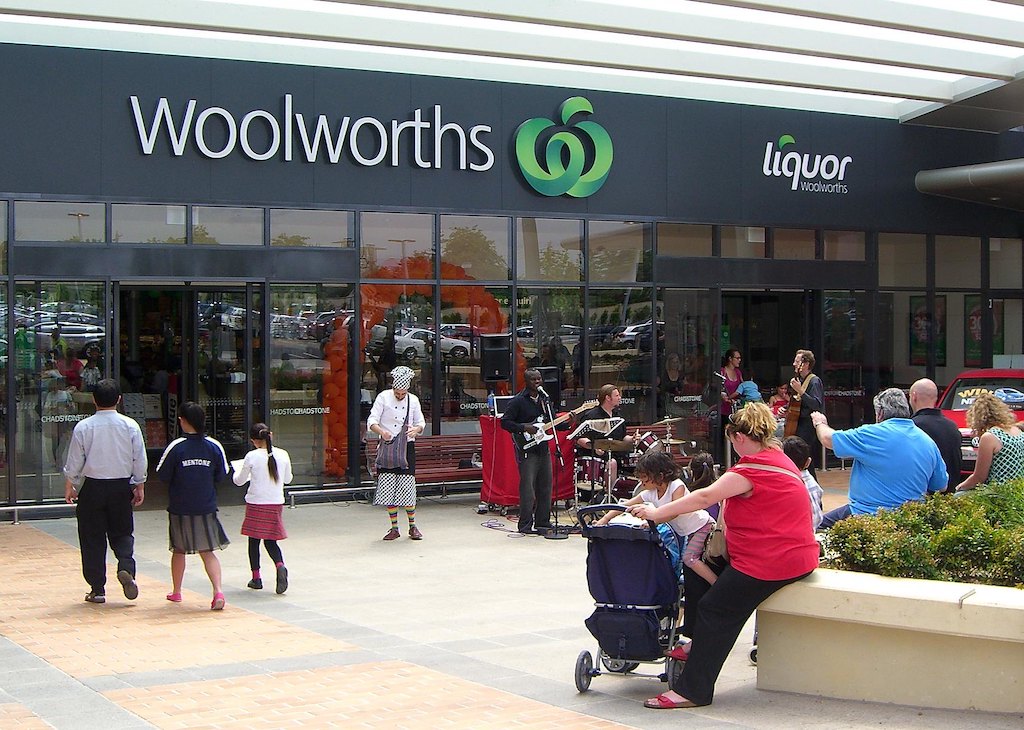 Supermarkets have become an indispensable part of modern life. Most of us shop there several times a week. Almost everyone buys their fruits, vegetables, meat and dairy products there, as well as cleaning products, toiletries, basic medicines and everything else we need for the house.

Supermarkets are at the center of our food system. The products they decide to stock and promote have an impact on the health and well-being of the entire population. But their real influence comes from their purchasing power.

As the biggest shoppers, the decisions supermarket chains make affect our entire economy. From what farmers grow to how shipping companies plan their fleets, supermarkets set the food system agenda. This system is broken. To remedy this, we need to take supermarkets out of private hands.

The COVID-19 pandemic has further underscored that capitalist food systems are irrational and fail to meet human needs. Market-driven for-profit agriculture makes pandemics almost inevitable. Long before the events of last year, it was already clear that the capitalist food system is a disaster.

Australia wastes 7.3 million tonnes of food every year, but the most conservative estimates suggest that more than one million Australians are food insecure. It is an absurd situation and a reminder that food is a workers’ problem.

Market-oriented agriculture degrades topsoil at an alarming rate and makes food less nutritious. The capitalist food system relies on the labor of some of the most exploited workers in our society. And then there is the issue of global warming. Not only will climate change disrupt the type of food that can be produced where and when, the food system itself is responsible for a third of global carbon emissions.

Food is no ordinary commodity. It is both indispensable and a precious and scarce resource. Ultimately, we must bring food production and distribution under public ownership and control to end this irrationality.

Achieving this end goal will not be easy. We can’t just take charge of a system as complex as our food system all at once. Socializing supermarkets, on the other hand, would be relatively straightforward. This is the obvious starting point.

Supermarkets are using their influence on what we eat to promote foods with high margins and low nutritional value. Their purchasing power places heavy demands on their supply chains, leading to the exploitation of workers.

Most of the popular talk about food places the burden of change on individual consumers. As beautiful as the local farmers’ markets are, convincing people to attend them is not going to reduce it, especially as wages drop and working hours lengthen. Government regulations, on the other hand, can put an end to the worst excesses in the market, but the problems in our food system require more than just regulatory nudges.

Solving these problems will require sound economic planning. In fact, supermarkets are already planning our food system. But they do so for the sake of maximizing profits rather than for the public good and long-term sustainability.

Supermarkets are using their influence on what we eat to promote foods with high margins and low nutritional value. Their purchasing power places heavy demands on their supply chains, leading to the exploitation of workers. Like all other essential services, the supermarket should be in the hands of the people.

Supporters of capitalism like to claim that the supermarket is a wonderful capitalist invention. In fact, the supermarket has been a central figure in pro-capitalist propaganda since the Cold War. For decades, popular culture has linked socialism of all kinds to images of gray, joyless stores and empty shelves.

This image is so persistent that we’ve even seen people share photos of supermarket shelves emptied by pandemic panic as if it was a taste of socialism at work. The idea that these photos are from supermarkets operating in a capitalist economy does not seem to have crossed their minds.

Such propaganda has fostered a common sense notion that public supermarkets must inevitably lead to lack of choice or food shortages. However, the experience of capitalist supermarkets themselves refutes the idea that bureaucratic planning and centralized control always give rise to such problems.

Supermarkets do not spontaneously adapt to the signals of a dynamic free market: they are highly planned economic structures. Decisions are made months or years in advance to secure reliable supply chains, meet seasonal demand, and keep shelves stocked.

In addition, far from being a diverse industry, supermarkets tend to cluster together. In Australia, only two supermarket chains account for more than 65% of the market share, a trend that is repeated all over the world. The business model of supermarkets is based on scale. They could rightly be described as natural monopolies – or at least in Australia, duopolies.

The modern supermarket is the result of large-scale logistics engineering and industrial food production. None of these things are inherently capitalist, although the inequality and exploitation that currently defines the food system certainly is.

Supermarkets rely on a complex set of data inputs and predictive algorithms that anticipate supply and demand. But these mechanisms would work just as well for a team of managers, whether they are employed by the public service or by Coles or Woolworths.

As Leigh Phillips and Michal Rozworsk argue in their book The People’s Republic of Walmart:

Economic planning for millions of products and services involving endless supply chain variables and a lot of non-price information is not only doable, but works amazingly well.

Supermarkets themselves prove that large-scale economic planning can work. But for it to work properly, we need to bring this machine under popular control and orient it towards increasing public welfare instead of maximizing shareholder profit.

Myths of bureaucratic and inefficient public services may be inevitable in popular culture, but Australians clearly haven’t got the message. Three decades after Paul Keating launched a major privatization program in Australia, it remains deeply unpopular.

Australians overwhelmingly believe that privatization only benefits the corporate sector. They understand that selling industries and utilities leads to higher prices and worse results. They recognize that essential services should be public. And what service is more essential in a modern economy than a supermarket?

Publicly controlled supermarkets could do more than just solve the problems created by an irrational capitalist food system. They could also become hubs for universal programs that improve the lives of working class people.

Food is a human right, not a commodity. A public supermarket is a necessary step towards the de-commodification of food and the gradual free access of essential products. Why not provide basic packages to every household with the essentials they need?

A fair distribution of toilet paper to every household could have avoided much suffering during the past eighteen months. We could provide free school meals to ensure that no child is hungry, and free meal services to ensure that no adult is hungry either. We could also use nationalized supermarkets to rebuild national food production and other manufacturing industries, directing their purchasing power to support local and unionized industries, while prioritizing healthy and local foods.

Supermarket workers do essential work and deserve better than a constant cut in their wages, conditions and working hours. During the pandemic, middle-class professionals stayed safe in their homes while supermarket workers had to interact with thousands of strangers, some hostile. Public supermarkets could create meaningful, good jobs in every community, providing workers with the dignity and pay they deserve.

The capitalist market cannot solve the looming crisis for our food system. The pressing issues of how we are going to feed everyone in a warming world cannot be left in the hands of private interests. We need rational planning to deliver high quality food to workers in Australia and around the world.

The market is failing us. We produce surpluses while workers are hungry. Righting the injustices of our food system should be a high priority for socialists. A supermarket run for the benefit of workers and the public could improve our lives, strengthen our food security and revitalize local industries.

The developer wants to create a $ 1 million down payment fund for teacher housing in San Diego. But, there is a catch.