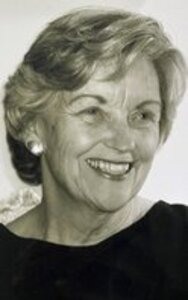 Gloucester – Karin “Kari” Scott (Gunn) Gale, 83, passed away peacefully at home on June 5, 2021 after four years living with ovarian cancer. Beloved wife of the late Justin “Jud” Gale and the late Alexander N. Gunn II, MD
She was born in Evanston, IL to the late Franklin D. and Helen (Giddings) Scott, both longtime educators. Her mother taught at Salem State College in the 1930s and later in life was active with the League of Women Voters. Her father was a history professor at Northwestern University. With her parents, Kari lived and traveled extensively in Sweden and across Europe during her primary and secondary school years. These early experiences helped forge his long-standing values â€‹â€‹as a humanitarian who firmly believed in the importance of education.
Kari grew up in the First Congregational Church in Evanston and graduated from Evanston Township High School and majored in art history at Brown University. At both schools, she formed close friendships with women and men who remained remarkably connected to her throughout her long life. She had a particular fondness for the relationships developed during her freshman dormitory experiences at Whittier House / Pembroke College in Brown. Kari then worked for the American Medical Association, IBM, Gorton’s of Gloucester and BankBoston. She especially liked her work in computer programming. Along with her good friends and family throughout her life, she has enjoyed traveling around the world including destinations in Scandinavia, Europe, South Africa, Okinawa, South East Asia, India , Australia and across the United States, including Hawaii.
Since 1972, she had been a resident and active member of the community in Gloucester and Cape Ann, serving on local councils including Annisquam Village Church, Cape Ann Symphony, Pathways for Children and Addison Gilbert Hospital, among others. She has served as president of the Gloucester Garden Club, the Addison Gilbert Hospital Auxiliary and a member of the Annisquam Yacht Club, the Annisquam Sewing Circle and the Annisquam Village Church, where she sang in the choir for many years. . She also served in the Junior League of Boston, as a guide in Boston as a member of the prestigious Museum of Fine Arts Associates, and before that as a guide at the Milwaukee Art Museum. She has supported the Cape Ann Museum, the Sawyer Free Library and the Schooner Adventure.
She is survived by her daughter Catherine N. Gunn of Gloucester and her daughter Mary Helen B. Gunn-Laurence, her son-in-law Matthew Laurence and her beloved granddaughter Sophie of Acton, Mass. Kari will always be remembered for her graceful nature. , her sparkling smile, her hospitality and kindness to everyone she met. His good humor and loyal spirit will be sadly missed by countless devoted and beloved friends and extended family members near and far, including his many cousins, the Laurences and the Gale family.
His memorial service will be held at the village church of Annisquam on Saturday August 28 at 2:00 p.m. Contributions can be made on Kari’s behalf to Annisquam Village Church (820 Washington St., Gloucester); Pathways for Children (29 Emerson Avenue, Gloucester) and The Addison Gilbert Society for Addison Gilbert Hospital (298 Washington St., Gloucester). Arranged by Campbell Funeral Home 61 Middle Street, Gloucester. Information, directions, condolences to.