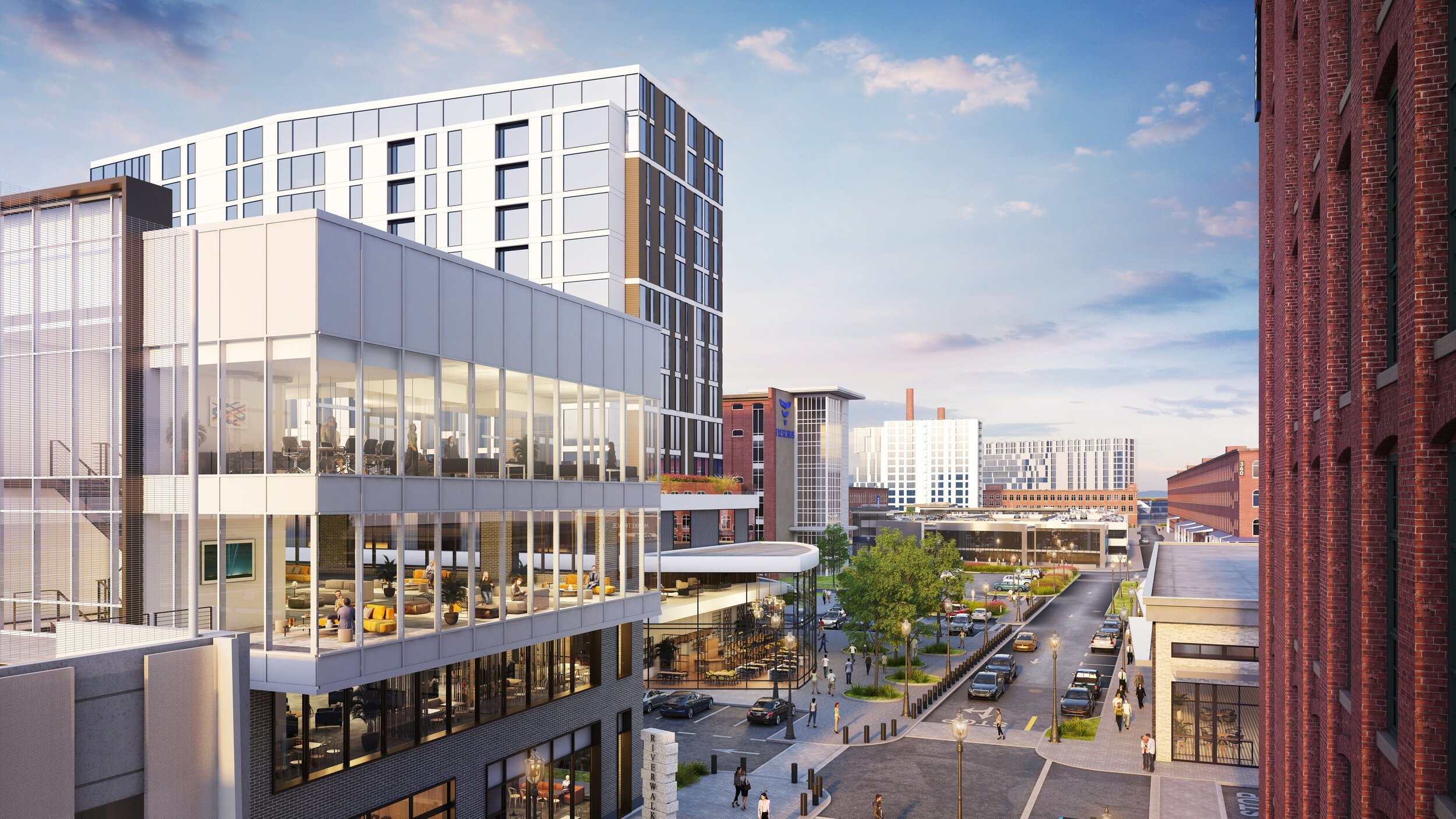 Lawrence – The Boston Business Journal named Lupoli Companies the fourth largest commercial developer in Massachusetts. The prestigious list’s ranking is based on quantitative metrics, including a company’s total commercial property development and transaction volume in the Commonwealth since 2017. During this time, Lupoli Companies has acquired and developed more than 4 .5 million square feet of real estate.

Sal Lupoli, CEO and President of Lupoli Companies, says he is honored to receive this recognition for the fifth consecutive year, thanks to the dedication of his team.

“I am beyond grateful to my team for their hard work and determination during the COVID-19 pandemic. Through their continued efforts, our company has been able to move forward with several new projects that will contribute to continued economic growth throughout the Merrimack Valley and beyond.

Since developing the Riverwalk Innovation District in the early 2000s, Lupoli Companies has used a forward-thinking approach to develop nearly 6 million square feet of commercial real estate in the area, specifically focused on activating underutilized areas with pedestrian connectivity to provide better transit access for a diverse audience.

Lupoli Companies is focused on strategic growth with the support of important players in the region. From adaptive redevelopment in gateway towns such as Thorndike Exchange in Lowell, Haverhill Heights in Haverhill, Riverwalk Lofts and The Pavilion in Lawrence to several new lifestyle communities in towns like Littleton.

In 2022, Lupoli Companies will open The Pavilion at Riverwalk, which will serve as the central hub of the Riverwalk Innovation District, with green space in an outdoor quad and an eclectic mix of retail and office tenants. This marquee project added a 1,200-car parking garage to the campus, as well as a regulation-size multi-sport turf field and event venue on the banks of the Merrimack River.

Looking to the future, Lupoli Companies is set to launch one of the largest masterplan developments in the state, transforming the former IBM campus in Littleton into a vibrant village with 780 much-needed residential units, 1,200,000 square feet of new retail/commercial/food service space and over 6,500,000 square feet of laboratory space.

In downtown Haverhill, Lupoli Companies plans to replace the outdated Goecke Car Park with an exciting mixed-use project featuring a new parking structure, hundreds of residential units and over 60,000 square feet new retail/commercial/restaurant space. The Haverhill town center redevelopment project will also connect several areas to the waterfront with a public plaza to serve the community.

In Lowell, Lupoli Companies is installing a new pre-engineered garage adjacent to the new courthouse in the Hamilton Canal District, where design is underway for two new towers and pedestrian access to public green spaces.

“Lupoli Companies has always been a catalyst for change through transformative development in our region,” says Sal Lupoli from his office in Riverwalk, where he is still at the helm every day. “I still run into the office every day with a sense of optimism and an open mind about the new projects that will come to our desks today.” ◊

Are online courses worth taking? This is how the students feel. – The mail

Unveiling the Technology Infrastructure for National Development, By Zeenat Sambo