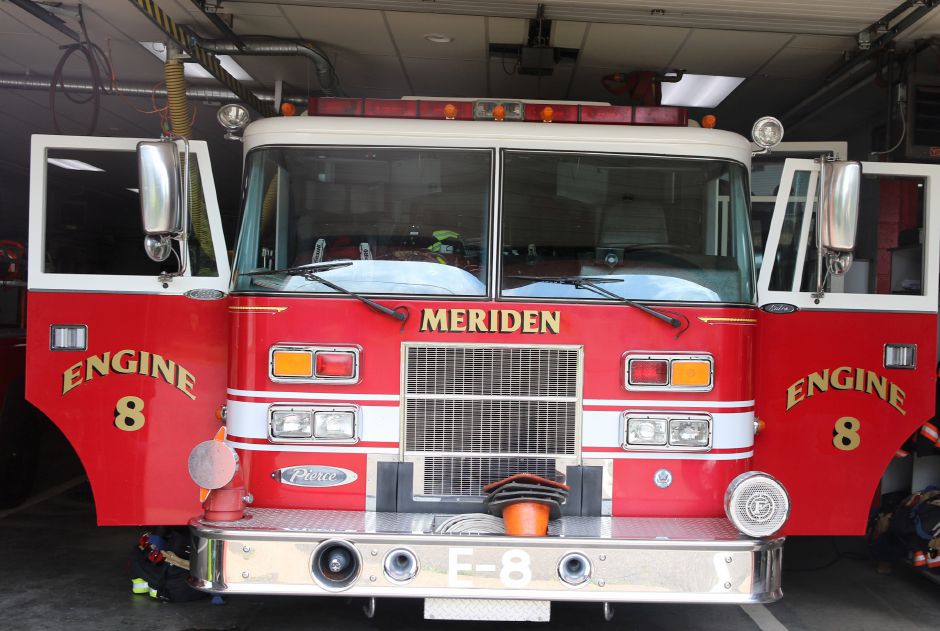 MERIDEN — A local nonprofit that provides after-school and summer meals to area students, a local dance studio, and the Meriden Fire Department could become the latest recipients of funds from the American Rescue Plan Act.

The American Rescue Plan Act steering committee voted Monday night to recommend that the city council fund all three proposals. The city has so far committed approximately $18.5 million of its total ARPA allocation of $36.3 million to projects proposed by multiple city departments, nonprofits and local businesses.

The first in the latest round of requests is a $60,000 proposal from the non-profit organization Change the Play Inc. The request would allow the organization to purchase a refrigerated van which, according to its request, “would easily deliver meals to students at home as well as to sites” across the city, especially during the summer months when students are not in school. The van would also deliver meals to students who were quarantined because they tested positive for COVID-19. The cost of acquiring the van is around $25,000 according to the proposal, which means the rest will go to payroll costs.

The organization said it served around 44,000 meals to children in Meriden throughout the 2019-20 school year. This service fell to 34,000 meals a year later – “a loss due to meal storage, staff costs and the costs of COVID-19 PPE requirements as well as reduced access to children”, indicates the app. “A refrigerated van and funds to ensure adequate staffing, PPE and hot meal storage will help increase access to meals for children in Meriden who need them.”

Change the Play founder Jason Teal told committee members that acquiring a refrigerated van would allow the group to increase the amount of meals it currently serves daily – from its current 200 meals to between 1 000 and 2000 meals per day.

In addition to increasing the amount of meals served and catering sites delivered, the van would also allow the organization to reduce the amount of spoiled food as it will benefit from better refrigeration.

Teal explained that the proposal would also allow the organization to recruit and retain staff members through better compensation.

Committee members generally supported the proposal. Mayor Kevin Scarpati offered to reduce the funding request from $60,000 to $25,000 to cover the cost of purchasing the refrigerated van.

“I believe funding the endowment, while important, is not as important as funding the van,” Scarpati said. His motion to change the request was seconded by Councilman Michael Carabetta.

Carabetta said he supported the request to buy a van, which he said would take the charity’s capacity “to a whole new level”.

“I think what he does is important in the community,” Carabetta said of Teal, the founder of Change the Play. “But let’s make sure we still have enough money to give to others too.

The proposal sparked a briefly contentious exchange between Scarpati and other committee members.

Councilwoman Yvette Cortez, who chairs the steering committee, said she would be “struggling to cut $35,000” from the request. “I don’t even understand the logic,” she said.

“I think logic speaks to our ability as a committee to identify needs in any application,” Scarpati said, adding that he doesn’t underestimate the needs of any program whose applications come before the committee. committee. “I have been the only member of the committee time and time again to suggest amendments and cuts because otherwise we would have far less than $18.5 million left to allocate to agencies, nonprofits, businesses that nurture children, which offer educational programs, which provide art and culture, which meet public safety needs.

“All I’ve said and will say again, if this committee just approves the projects that are before us and doesn’t question or change, then I don’t think there’s a need to have this charade of a committee meeting and wasting everyone’s time asking the questions and making the tough decisions,” Scarpati said. “That’s what I’m here to do. It’s easy to give money. It’s hard to do it responsibly. And that’s what I suggest we do. It’s a valid program. It certainly serves a population that needs it. I think there are other ways creative to do so, without harming the program as it stands today.

Councilman Michael Rohde said he didn’t like “the mayor’s implication that we act irresponsibly when we vote…. I will not vote for anything that I feel is irresponsible,” he said.

Rohde described the Change the Play proposal as legitimate and the program valid. He called the mayor’s proposed cuts “misguided.”

“I would hate to cut it that drastically. They serve the most vulnerable children we have,” Rohde said, adding that he would support the full amount, or at least more than enough to support the van alone.

The second proposal, from Higher Movement LLC, a Scott Street dance studio, is requesting $50,000 in funding to provide one year of dance lessons for 33 students and covers the cost of dance costumes and two recital tickets.

A breakdown of the request’s budget showed that the majority of funds would be used to cover Higher Movement’s salary and set-up costs.

Higher Movement owner Kirby Shields in her presentation cited studies showing the negative impact of the pandemic on the physical and mental health of children.

Shields said the dance programs have positive effects on mental health, including improving the self-esteem of students who participate in them and decreasing their stress.

Questions from committee members focused on how the program would target the city’s economically disadvantaged population.

Shields said the studio has not determined a way to address the financial situation of potential families who participate.

Scarpati said he doesn’t disagree that the program should be for families who otherwise couldn’t afford to participate in the dance. However, he did not feel that he would be responsible for “handcuffing” the studio and potential fellows to financial obligations.

“I think ultimately they’re going to benefit the kids in the community,” Scarpati said, adding that the business itself has been impacted by COVID. And it’s an allowable expense under ARPA’s funding rules.

“This is small business assistance,” Scarpati said, ahead of the committee’s vote to support the request.

A third proposal, a request for $40,585 from the Meriden Fire Department, is to purchase two chest compression systems that firefighters say would increase the number of engine companies across the city equipped with such machines.

“The devices provide uninterrupted CPR, which is associated with better patient outcomes in cardiac arrest,” the fire department’s request said.

In the end, the committee also supported this request.

Deputy Fire Chief Ryan Dunn said since the department acquired its first two chest compression systems, it has seen a significant increase in patients’ chances of survival in the event of a cardiac arrest. Since the program was introduced, survival rates have increased by 10%, Dunn said. Increasing the number of engine companies equipped with the devices would strengthen the department’s ability to provide timely emergency medical care, he said.

Journalist Michael Gagné can be reached at mgagne@record-journal.com.

Building a new developer workforce: How coding is helping an entire region retrain for the future