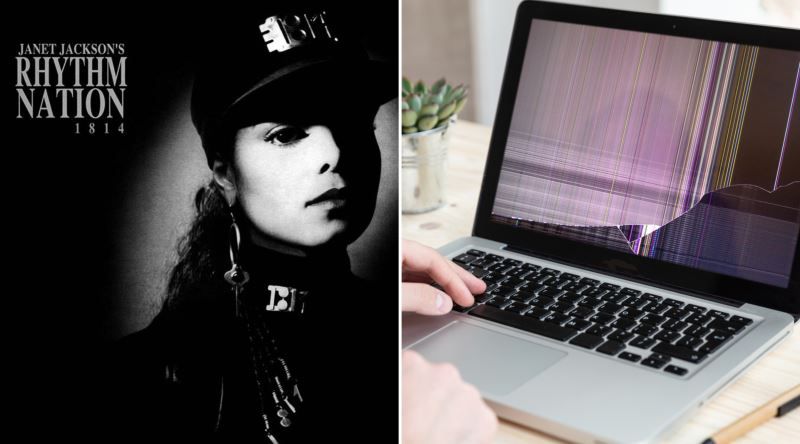 Not only that, but an investigation by a “major computer manufacturer” even found that just playing the song nearby would turn off some machines. Only this specific song would also cause the problem, and the reason is incredible. Read on to learn all about it.

Music that can crash computers…

Although our devices never judge us on our musical tastes, mid-2000s computers and laptops couldn’t take Janet Jackson’s “Rhythm Nation.” According to a story shared by Microsoft Senior Software Engineer Raymond Chen on his blog The old new thingsome Windows XP-era laptops ended up objecting to Janet Jackson’s “Rhythm Nation” music video because it contained audio that crashed their hard drives.

Per Chen, an unnamed “big computer maker”, found that some of his computers crashed while trying to play the song, and playing the song on a laptop might even crash another nearby computer. The manufacturer has also discovered that the issue occurs on laptops from various other companies as well.

What is the reason for the crash?

Here is our first video of our new series with Raymond Chen, @ChenCravat.

We asked him to tell us about the mystery that music would crash a laptop!! ?? pic.twitter.com/BRgfsWEaaC

In Chen’s article, the song appeared to contain one of the natural resonant frequencies for the 5400 RPM model of laptop hard drives that they and other manufacturers were using. “Basically, these laptops would act because the hard drives couldn’t work properly while something else was using the same frequencies,” Chen said.

The problem was also apparently partially fixed by the PC manufacturer at the time. The manufacturer got around the problem by adding a custom filter in the audio pipeline that detected and removed the offending frequencies during audio playback. Chen wrote in his article:

“…And I’m sure they put a digital version of a ‘Do Not Remove’ sticker on that audio filter. (Although I’m afraid that in the many years since the workaround was added, no one remembers why it was there. Hopefully their laptops no longer carry this audio filter to protect against damage to a hard drive model they no longer use.)” As for the Janet Jackson song, “Rhythm Nation” was the second single released in 1989 from Jackson’s fourth studio album, “Janet Jackson’s Rhythm Nation 1814”. She came up with the concept in response to current events at the time and wanted to express herself with a socially conscious theme on dance music.

The song ranked No. 1 on Billboard’s Dance Club Songs chart and R&B/Hip-Hop Hot Songs chart and No. 2 on its Hot 100. Jackson also earned a nomination for Grammy Awards for Producer of the Year.

Chen’s story is, unfortunately, relatively sketchy. Chen did not mention which laptops or hard drives were affected. However, Chen’s article still serves as a fun anecdote about extremely weird things physics can do to our computers, and what appears to be a completely random bug. What do you think?