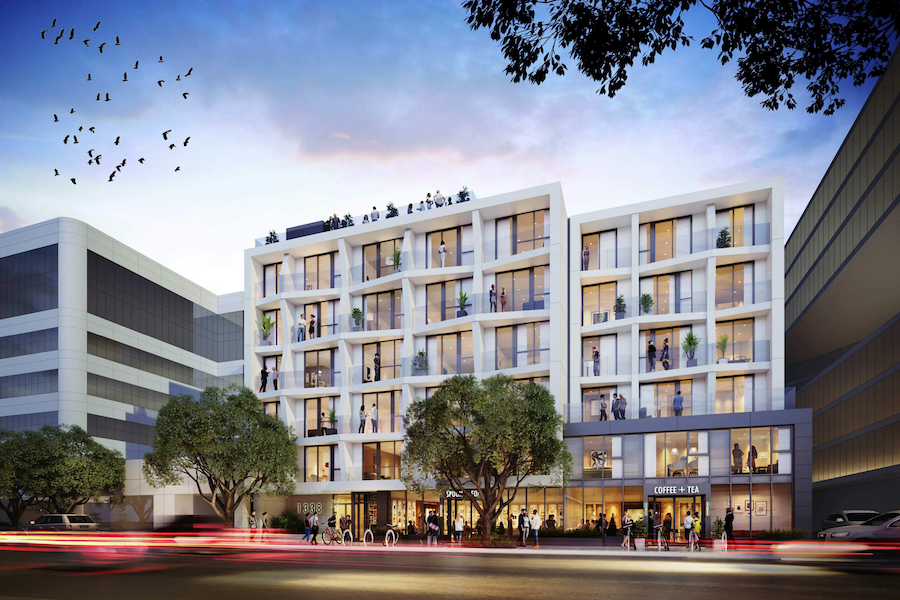 A New York-based developer has completed its first LA-area acquisition, which will bring 620 apartments and 31,000 square feet of retail to eight new Westside buildings.

On January 3, Tishman Speyer announced that it had completed the acquisition of the Santa Monica Collection, a portfolio consisting of eight development sites on nearly 3.1 acres in downtown Santa Monica.

Tishman Speyer, a New York-based developer with hundreds of properties in the US, European, Asian and Latin American markets, will develop 620 Class A apartments, 116 of which will be designated as affordable, as well only about 31,000 square feet of retail.

“The Tishman Speyer project will help meet Santa Monica’s growing need for more modern, high-quality rental housing. The fundamentally supply-constrained submarket is characterized by high prices for homebuyers, high barriers to entry for new multi-family developments, and outdated existing inventory. At the same time, there is strong demand from individuals and families looking for rental accommodation in a neighborhood offering an attractive outdoor living environment and close to innovative job centers. The project aims to meet this demand, while further enhancing the vibrant atmosphere of the community,” the company said in a press release.

Since its inception in 1978, Tishman Speyer has acquired, developed and operated 484 properties in 30 markets around the world. Its current portfolio includes Rockefeller Center in New York, The Springs in Shanghai and TaunusTurm in Frankfurt. The Santa Monica collection is the company’s first development in Los Angeles.

“The Santa Monica Collection project represents a rare opportunity to develop a critical mass of new housing in a market where demand is high,” said Rob Speyer, President and CEO of Tishman Speyer. “Over the past decade, we have created exciting new residential communities in major cities across the United States, including New York, Boston, San Francisco and Washington, DC, with additional projects planned or underway. We are excited to be able to establish a significant residential presence in the Los Angeles market as well. »