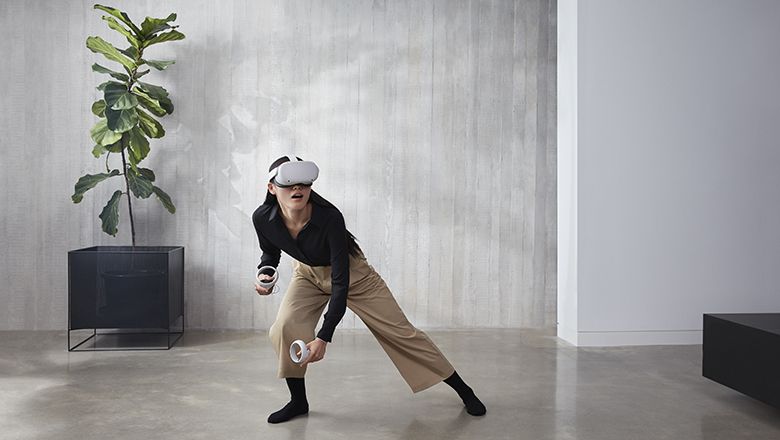 While most of the best VR headsets are only capable of tracking head and hand movements, that may soon change for the Oculus Quest 2 and future Oculus hardware.

As Upload VR discovered, the most recent version of the software development kit (SDK) – a set of tools designed to help developers of games and applications on the platform – includes an option to “take in charge of body tracking”.

There has been no official word from Meta (formerly Facebook, the company that owns Oculus) on this feature and it declined to comment when asked by Upload VR, so details on its implementation are to speculate.

The ability to track a user’s hands was added to the Oculus Quest in late 2019 via a software update, so it’s certainly possible that the Oculus Quest 2 will receive a similar treatment with body tracking capabilities.

If that were the case, it’s unclear exactly how body tracking would work. The Quest 2 has a pair of downward-facing wide-angle cameras, but their field of view would only cover the front of the user’s torso and legs when looking down.

Another possibility is that the feature is intended for the Oculus Quest Pro (AKA Project Cambria), a high-end virtual reality and augmented reality hybrid headset that Meta has announced for release in 2022.

While we don’t know which device will get the body-tracking capability, or when it will land, this latest leak strongly suggests we’ll see it on an Oculus device soon.

The ability to track a user’s full body movements would allow for great versatility in the VR world, whether for fitness apps that can track particular movements or more precise avatar movements in the virtual space.