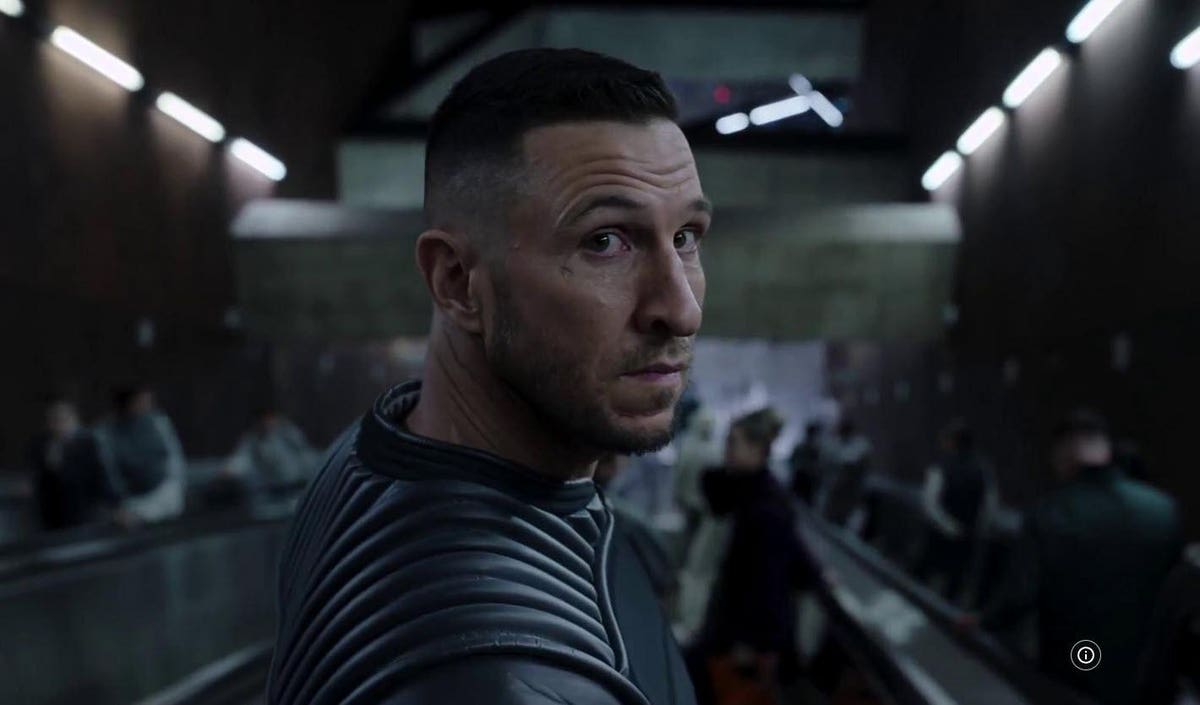 This article was republished on 4/16.

Look, I’m trying, but after a premiere that exceeded my expectations at least a little, I can’t say Paramount’s Halo show is going terribly well after four episodes here, and things are getting worse every week.

To me, that doesn’t have much to do with the show deviating from the series canon (although that’s certainly the case), it’s just not… a very good show in the together, and continues to run into a bunch of both gaming and non-gaming issues that only get worse over time.

Kwan Ha – When Kwan Ha was paired with Master Chief as the sole survivor of a Covenant attack, her character made sense for the series. But since then, she’s been completely separated from Chief and given her own spinoff storyline that seems to have more or less nothing to do with the main storyline as she tries to overthrow an evil governor on her old planet. Not that Kwan could have never had its own script, but after of them episodes as a brand new character? The show felt like it was trying to establish a relationship between her and Chief and now it’s just… over, and she’s thrown into a subplot that we don’t really care about.

Helmet – I maintain that the decision to have Chief not wear his helmet 98% of the time in this series was a bad decision, although I have no problem with Pablo Schreiber’s performance per se. This week, we had a pretty goofy moment where Chief puts his helmet on for 15 seconds to walk through the woods, then immediately takes it off. I get the practical realities of why he might not have his helmet out of combat so often, and yet it makes the character feel incredibly separate from the gaming icon everyone knows and loves.

master cheeks – Look, I’m broke on nudity on my TV shows, but it’s become a literal meme on the Halo series. I joked that every episode of Master Chief was going to shed one more layer of clothing and… that’s exactly what happened. First the helmet, then he had fallen on his underwear, then by episode three he is completely naked to extract a chip from his back that he probably could have kept his pants on for. The show continues to try to be “adult” with nudity, as now we’ve seen bare butts in three of the last four episodes, but that’s a real meme at this point, and I’m not sure what the show is trying to do here.

Halsey – In terms of actual storytelling, I just don’t find this “Master Chief has flashbacks to his childhood” storyline interesting. Halsey literally runs a program that takes child soldiers, shuts down their emotions, and makes them her personal killing machines. We’re heading for a “revelation” that Halsey made do not kindly welcoming John back when he was an orphan and probably just stole it and/or killed his parents herself, but we know she’s sleazy. It’s not surprising.

Logical gaps – You can find them everywhere, but this week was particularly infuriating when we saw Spartan Kai cut out his own emotion patch (again, naked), and his fellow Spartan didn’t notice the giant wound in his back, nor does this extraction set off alarms at the base as everyone knew the second leader was trying to pull his own. I understand that Halsey and her assistant are on a trip, but obviously there would be mechanisms in place to indicate that a Spartan did something so drastic.

The budget – Whether it’s Chevy Tahoes with armor or scenes that look like Master Chief driving a Warthog around someone’s backyard in Michigan, the budget here doesn’t seem like it should be . It may also explain why there’s been next to no real action since the pilot, and we’ve barely seen the Covenant. We had a whole scene this week with Kai talk about fire a Needler instead of… fire one. Even though I knew a Halo show wouldn’t be as action-heavy as the games, it’s getting boring.

There’s still half a season to come, but so far I don’t think it’s working out very well for all the reasons I mention here. Hoping to see things change, but every week it seems less and less likely.

Update (04/16): I thought it might be useful to also list the things I To do thinks work in the show, so maybe those could be amplified to help the show as a whole in the future, because I think it does some things right.

Cortana – I was deeply skeptical of Cortana’s version of the Halo show, based on the short clip that was shown in the show’s initial trailer, but I’m actually very happy with the final product. Without a doubt, it absolutely helps this series sound more like Halo every time Cortana speaks, considering it’s original Cortana voice actress Jen Taylor. I even came to his appearance, which seems to be a mix of Halsey, Taylor, and some original CGI. But after some initial skepticism, I think she looks and sounds great. I’m also not opposed to having her appear human-sized, rather than always being in the palm of Master Chief’s hand.

Spartan armor – Although I criticized some aspects of the budget, I actually think the series did a great job with all of the Spartan armor, including Master Chief’s own set. It’s about as accurate as you could get in real life, and it makes it even more frustrating when Chief isn’t wearing his armor or helmet half the time, because it looks really good when you’re assembling the complete package together. But we only really got to see it in the series opening action sequence.

Silver Team – I love this group of Spartans and I think they turn out to be some of the most interesting characters. Now that Kai has lost her own chip, her awakening seems even more interesting than Chief’s, as she expresses traces of individuality and I think the show may even hint at a potential romance between her and Dr. Keyes, this which would obviously be something forbidden under traditional Spartan rules.

makee – While definitely a break from games, I actually like the idea of ​​a Covenant-raised human being a rival to Master Chief, and I think all of Makee’s scenes have been interesting so far. I wonder if the decision to use her was based on budget (so they don’t have to animate a central CG Covenant villain all the time), but I think she looks cold and terrifying and I can’t wait to see more of her. Please don’t let her fall in love with Chief or be long lost siblings or anything like that.

Like I said, I think the show does a few things that work, but overall the whole package just doesn’t come together for me yet, and I’d say it gets worse over time, because Episode 4 was my least favorite. But with half a season to go, we’ll see where things progress from here.

Pick up my sci-fi novels Herokiller Series and The Earthborn Trilogy.