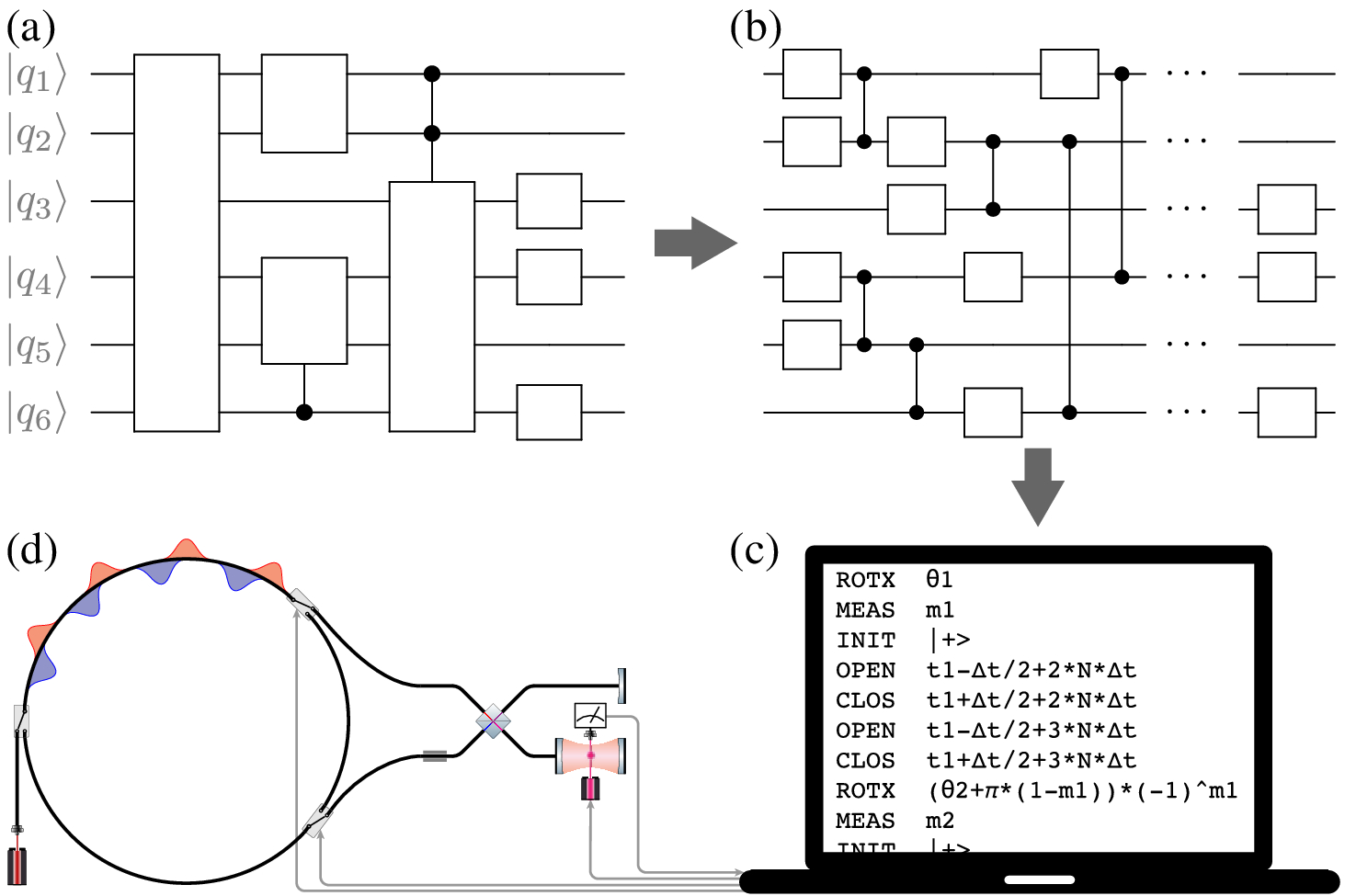 Formally, Bartlett studies optical computing architectures for classical and quantum information processing – but he said his more accessible introduction is to say, “What I do is basically trick light into doing useful calculations.” Dutt began working in Fan Research Group at Ginzton Lab around the same time Bartlett came to Stanford in 2017.

The researchers’ design focuses on uses of quantum states and associated optimizations that may be beyond the reach of a classical computer.

“Quantum” is a term used in chemistry and physics to describe incomprehensibly small units of energy or matter and the laws that govern them. More recently, this word has found its way into computer science, and several new ideas surrounding its use prove potentially useful for circuits and algorithms.

Classical computers distill programs into a combination of basic elements instructions, such as arithmetic, control flow, and bitwise operations, which can be performed, often in a central processing unit, to accomplish tasks. Extents of data and programs can be represented in hardware with a series of eight-digit binary numbers called “bytes” – all of which have one bit (meaning it’s on at high voltage) or a zero bit (meaning it’s off at low voltage) in the position values.

Quantum computers, on the other hand, exploit specific phenomena of particle physics, namely, layering and entanglement — to achieve something more: the representation of a one and a zero simultaneously. This quantum bit, also known as a “qubit”, does not necessarily behave according to the laws of Newtonian physics, where the properties of objects can be clearly measured. In the quantum realm, the properties of particles exist probabilistically.

“You can take any regular program and compile it into a sequence of Boolean operations and Boolean logic gates,” Bartlett said. “It’s the same idea here, except instead of having gates that flip bits based on other bits, you have gates that will rotate the state of your qubit.”

Prior to writing the article, Dutt said he had experimented with synthetic time dimensions, which are dimensions measured in terms of time, frequency, or means other than space. This concept emerged in his work with Bartlett as they endeavored to encode quantum information.

“When Ben brought in the quantum computing angle, it seemed like a very natural way to combine these two concepts and create something scalable,” he said.

With the manipulation of entangled photons, bitwise operations can be teleported from place to place in the computer, whereas particles would typically have to reconfigure themselves by physically traveling through logic gates, according to Barlett. Theoretically, all it takes is one qubit to control all the others in the computer, and a program can be written and translated into the appropriate sequence of operations for that case, he added.

The compiler described in Bartlett’s paper takes an arbitrary quantum circuit and decomposes each gate into scattering interactions of photons or atoms. From there, the basic instructions can be written as “assembly pseudocode” and then summarized in a classic programming format.

Many algorithms running on such a circuit can be defined with Fourier transforms, a common subroutine in the field, and compiled into a set of instructions that use six primitive physical actions, such as opening logic switches, closing optical switches and sending laser pulses.

A computer with performance as robust as that of the Barlett, Dutt and Fan design would have to be built with specialized equipment, in most cases, and should be ice cream at the temperature of interstellar space. Their design, however, could be built from readily available materials and operate at room temperature in the near future, according to Bartlett.

According to Dutt, there is immediate potential for the researchers’ quantum computer design to be used for optimization algorithms, search algorithms and new methods of discovering chemical compounds in the pharmaceutical industry.

Although theoretically promising, the researchers’ design is not intended for all cases. Dutt cited enhanced cybersecurity and the ability to compromise existing digital security protocols as examples that their computer was not specifically designed for.

Barlett said he hopes someone implements his team’s design in the future, but he anticipates real-world designs might differ from the proposal.

“I don’t think this particular computer architecture will be how quantum computers will be made in 2070, but for a device that can be built right away and done in a lab right now with all the technologies and all the components that we have today. , it’s as simple as it gets to do it,” Bartlett said.

How to get into tech as a nurse