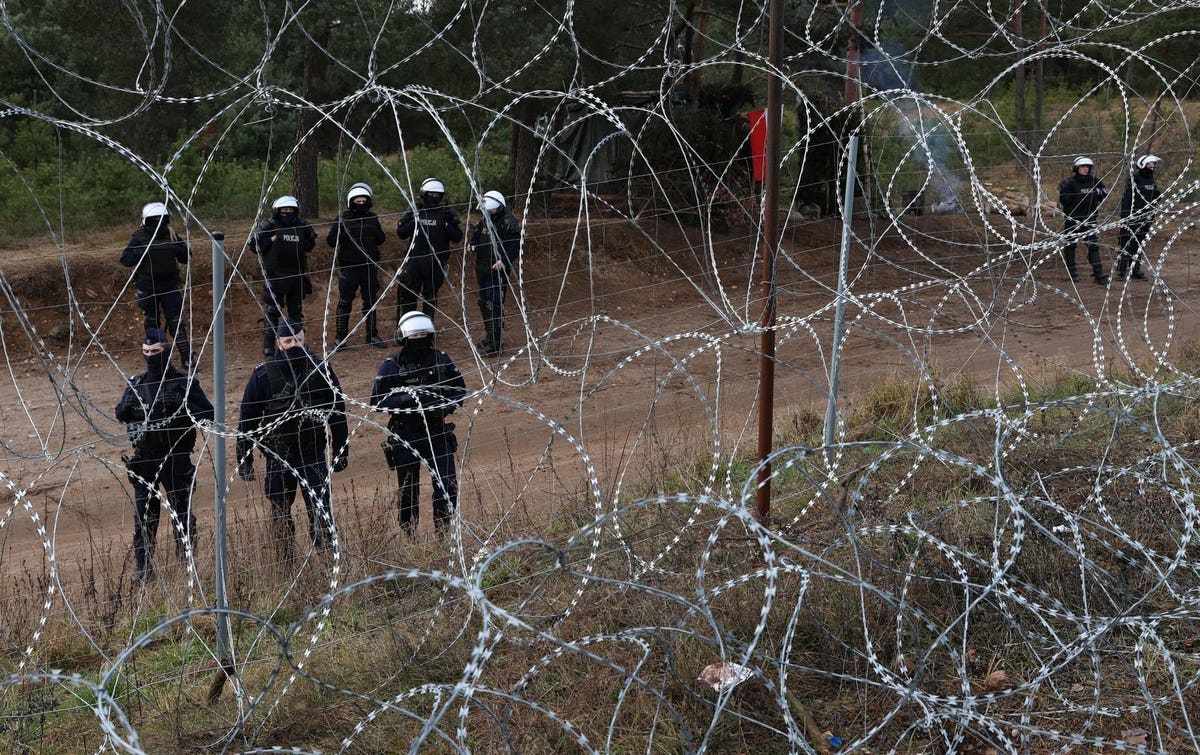 The head of the European border agency Frontex called on the European Union to clarify the rules for managing its external border. At a meeting of EU ministers to tackle an emerging “crisis” of irregular migration, Fabrice Leggeri, executive director of Frontex, stressed the balance between respect for human rights and the need to manage the migration through it. Leggeri’s statements, however, are directly at odds with Frontex’s own practices, EU political concerns and the tone of the meeting.

Leggeri made his comments as EU interior ministers met in Lithuania discuss ways to better prevent irregular migrants from entering EU territory and to clarify the rules on when they can be deported to their territory of origin.

“We are trained to respect fundamental rights,” Leggeri told reporters outside the meeting. “We are aware that there is a right to international protection. But on the other hand, there are also illegal behaviors and illegal crossings that do not comply with European regulations.

Frontex, and Leggeri in particular, have repeatedly been accused of failing to respect the human rights of irregular migrants trying to reach Europe. Multiple investigations carried out by NGOs and the media attest to Frontex collaboration with EU member states forcing would-be emigrants back to sea, an illegal and very dangerous procedure.

These “refoulement” practices, which have been linked to the death of thousands of people at sea, led to calls for the resignation of Leggeri and the reduction of the powers of Frontex. Leggeri has also been called to resign over his failure to recruit “fundamental rights officers” to Frontex, whose job is said to be to protect the human rights of migrants.

At the Vilnius meeting, however, Leggeri seemed to suggest that the lack of clarity in EU policy was the real problem: “Legal clarification is needed everywhere in the EU, to know what is possible and what who is not”.

Some EU policies in recent years have indeed led to the abrogation of migrants’ right to protection. The decision to withdraw search and rescue operations in the Mediterranean, ostensibly as a way to increase deterrents (the logic being that if migrants believe they will be rescued, they would be more likely to embark on a crossing perilous), have been credibly linked to the rising death toll in and around European waters.

While many EU member states and MEPs have expressed concern that the EU is neglecting the human rights of migrants, the overall focus remains on reducing irregular migration. Irregular crossings (commonly referred to as “illegal”) have proven remarkably resilient during the pandemic compared to other migration flows. Frontex reported that in 2021 the number of irregular crossings was the highest since 2017. Amid this increase and continued concern over a new ‘migrant crisis’, the meeting of EU interior ministers in Lithuania focused on strengthening borders over other concerns.

“This conference must send the message that Europe’s land and sea borders are ready to protect them,” Greek Migration Minister Notis Mitarachi said outside the meeting. “Migration should take place through legal means, not through illegal entries and smuggling networks.”

The strongest calls for action at the meeting, made by interior ministers from member states such as Italy, Poland and Greece, were aimed at strengthening EU border control and crack down on smuggling networks. The European Commissioner for Home Affairs, Ylva Johansson, seems receptive to these calls. Although Johansson lamented the alleged pushbacks, she herself asserted the need to prevent migrants from reaching Europe. In particular, she highlighted the policy of preventing people from embarking on perilous journeys to begin with: “We can’t wait to have desperate migrants at our borders. We need to act sooner.”

Such an objective would probably be pursued by an improvement border externalization programs in partnership with the countries of origin, a tool with which the EU is very experienced. Although Commissioner Johansson reiterated the European Commission’s “long-standing” position that funds should not be used to build more walls and fences at EU borders, this does not necessarily prevent funds are used to limit the mobility of people to other regions.

Johansson also stressed the need for the EU to increase its ability to return failed asylum seekers to where they came from. Migrant returns have indeed stagnated during the pandemic, but in line with the Vilnius meetings’ emphasis on strong borders rather than human rights, calls to send back more people come at the expense of serious concerns about the rights of migrants, as deportations from the EU often subject people to life-threatening danger and hardship when they are returned.