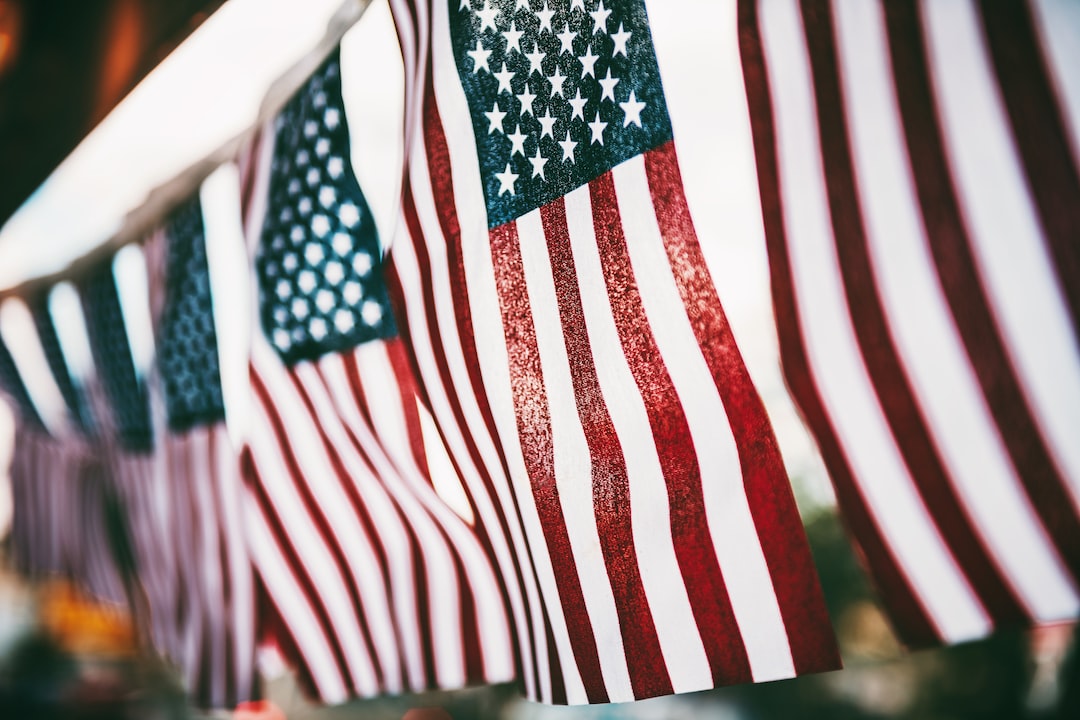 LONDON, July 8, 2021 /PRNewswire/ — We’ve had supply scares for this gas before; but this time around, it coincides with the depletion of the US federal reserve and soaring demand from some of the biggest industries on earth.  Mentioned in today’s commentary includes:  Nvidia (NASDAQ: NVDA), Netflix Inc. (NASDAQ: NFLX), Alphabet (NASDAQ: GOOG), Taiwan Semiconductor Manufacturing Co. (NYSE: TSM), Advanced Micro Devices (NASDAQ: AMD).

The tech industry is likely to find itself scrambling to secure supplyâ€¦It’s key to hard drives. It helps feed our insatiable hunger for big data. Without it, medicine would be deprived of MRIs and critical R&D.

Even billionaire Jeff Bezos’ Blue Origin space mission depends on itâ€¦ as the richest man in the world prepares to go on the maiden commercial flight into space. So does Elon Musk’s SpaceX, Richard Branson’s Virgin Galactic, and of course, NASA.

That’s why we’ve had a federal reserve for this gas and price controls since the early days of the Cold War. The gas is helium, and we’re running out.   The Federal Reserve has all but been depleted and the bottom of the barrel, so to speak, is being auctioned off. By September, this supply will likely cease to exist. So will the price controls.

That puts a junior explorer like Avanti Energy Inc. (AVN.V â€“ ARGYF.PK) in a prime position to benefit from the anticipated helium rush. Avanti is aiming to become a helium leader, and the natural gas track record of some of its team suggests it can pull it off.

Demand for helium is so high right now because it has so many medical, scientific, big tech and industrial applications, and some think it can’t be replaced by anything else in most cases. And big tech is only getting bigger.

This is way beyond balloons, here, and that’s exactly why Avanti

is scooping up property so quickly. Helium is essential for MRIs and it is a critical component of scientific, and medical research. It may also be used to help treat pulmonary disease, which has come into sharp focus as a result of COVID-19.

Our thirst for big data may hinge on helium, too. Helium is required for the manufacture of semiconductors and chips. Netflix (NASDAQ:NFLX) is reported to store data on helium-filled drives, which revolutionized data storage starting in 2013.

Without helium, Netflix’s 74 million subscribers won’t be binge-watching anything. Netflix stores its data on 36 drives that can use helium to increase their storage capacity and hold about 100TB of data.   And the amount of big data being stored continues to grow at an unimaginable pace, with Amazon, Google, IBM, Apple, Facebook, and countless others binge-collecting with no end in sight. Some estimates suggest that at least 2.5 quintillion bytes of data is produced every single day. That’s a number followed by 18 zeros.

This gas is behind our race to dominate quantum computing and to develop rocket technology, too. Even bitcoin mining may be dependent on helium, which is used as a coolant.  Until now, we’ve always had the U.S. Federal Helium Reserve (FHR) in Amarillo, Texas, to rely on. Since the Cold War, the Fed has been stockpiling helium, providing some 40% of the world’s supply.

Avanti is harnessing what we think promises to be a major supply squeeze. And it’s not wasting any time. In rapid successionâ€¦

On March 29th, Avanti acquired the license for over 6,000 acres from the Government of Alberta in highly prospective helium territory, and it’s snowballed from there. Now, Avanti owns the Knappen and Aden projects in Alberta and has made its even bigger strategic move on Montana.

Knappen is ~7,000 acres with nitrogen-rich helium in multiple zones. Gas analysis shows helium concentrations up to 2.18% and nitrogen up to ~98%. It also shows the presence of several deep structural high features that are ideal for trapping helium.

Right nearby, Aden is a ~2,500-acre play with a closed structural high, also ideal for trapping helium, and multiple shows of up to 2%. It’s also the first asset to advance into the exploration phase and drilling is expected by the end of this year already.

On April 16th, Avanti (AVN.V â€“ ARGYF.PK) entered a letter of intent to acquire a 12,000-acre land package in Montana that is in close proximity to, and on-trend with, an active, nitrogen-rich helium drilling area in Saskatchewan. 2D and 3D seismic data shows several structures prospective for helium trapping, while multiple gas analyses show notable concentrations of helium, suggesting upward migration of helium and good potential for deeper helium-rich zones.

It’s got a history, too: In the 1970s, the USGS drilled high-grade helium wells nearby, yielding helium that would be commercially viable at today’s prices. But it was on June 14th that investors might have gained the biggest boost of confidence when Avanti moved to capture ~50,000 more acres in Montana.

Helium is about 100X more valuable than Natural gas. Natural gas prices (Henry Hub) are hovering around $3 per Mcf. Helium runs at $200–$400 per Mcf.

That’s what happens when the US takes over 2 billion cubic feet off the market.

And Avanti has the Alberta advantage in more ways than one. Not only is Alberta shaping up to be prime time land for our helium supply future, but 1% helium is considered a solid concentration. So far, data is showing 2% helium indications on some areas on Avanti’s acquisitions.

All of this may combine to make helium one of the biggest commodity stories of the decade. It’s been a “strategic” gas since the Cold War, but until recently, its main attraction has been â€¦ balloons.

That story has changed in such a dramatic way, and we think its ending could be a very solid play for investors. Big tech and scientific, medical, and space developments have rendered this a “supergas”.

Against this backdrop, Beacon Securities Limited has been following  Avanti Energy Inc. (AVN.V â€“ ARGYF.PK), noting: “We believe critical mass has been achieved and Avanti now has a key asset on which its world-class technical team can explore.”

We think everything is lining up for Avanti, with its largest acquisition to date now at the finish line and a helium supply crunch that could define the future of the world’s biggest technology threatening to make us regret all those party balloons.

Big Tech Is Reliant On Helium

Video streaming giant, Netflix Inc. (NASDAQ:NFLX), is just coming off a banner year whereby the company’s subscriber tally set new records, managing to once again shrug off intense competition from streaming rivals. Netflix gained 37 million new subscribers in 2020, easily besting its previous record gain of 28.6 million new subscribers in 2018, to finish the year with 203.67 million paid subscribers worldwide. Obviously, Netflix had Covid-19 and the stay-at-home trend to thank for the massive growth as consumers sheltering at home turned to streaming entertainment in droves.

And despite all of its gains, it’s still facing another major problem that is impacting all of Big Techâ€¦a looming helium and semiconductor shortage. As previously mentioned, without helium, there would be no internet. And obviously, without internet, there would be no Netflix. That’s why as early as 2018, Netflix and Google both were buying up massive amounts of helium.

Alphabet (NASDAQ:GOOG), the parent company of Google, knows exactly how important this resource is. Not only is it key in making the internet possible, it is also a critical green component in Google’s massive data centers.

Though it is one of the largest companies on the planet, clocking in with a $1.6 trillion market cap, in many ways Alphabet has lived up to its original “Don’t Be Evil” slogan. Not only is it powering its data centers with renewable energy, it is also on the cutting edge of innovation in the industry, investing in new technology and green solutions to build a more sustainable tomorrow.

Taiwan Semiconductor Manufacturing Co. (NYSE:TSM) is the world’s largest contract chip manufacturer, meaning it’s tasked with making chips for dozens of fabless tech companies including Apple, Qualcomm, Nvidia and Advanced Micro Devices among others. That means Taiwan Semiconductor’s responsibility is unparalleled. If it can’t keep up with demand, there could be some serious problems.  The fact that only a handful of chip manufacturers actually own chip-making facilities has made the situation even more dire. Indeed, many leading top semiconductor companies are “fabless,” meaning they only design the chips but rely on other companies, known as foundries, to actually make the chips. The shift to outsourcing has been having a big effect on structural changes and related capacity because companies that cut orders in the early days of the pandemic have been forced to go to the back of the line.

Advanced Micro Devices (NASDAQ:AMD) is one of the world’s top chipmaker and semiconductor producers. And it is set to play a major role in producing the tech that will drive the future.  While it’s primarily known as a gaming company, AMD, along with Nvidia are present in most modern computers, whether it’s a Dell, Lenovo, Razer or even an Apple, at least one component in that computer will likely be built and manufactured by either AMD or NVDA.

AMD’s most significant challenger, Nvidia (NASDAQ:NVDA), is also pushing new tech into the future. It’s even setting new records with the introduction of its A30 and A10 enterprise server GPUs. Thanks to its innovation and dedication to its clients, Nvidia is present within the highest levels of tech in just about every industry imaginable. From Big Finance and Fintech to robots, engineering, and even building the cities of tomorrow, Nvidia’s hardware is at the core of some of the most exciting innovations being rolled out into the world today.

**IMPORTANT! BY READING OUR CONTENT YOU EXPLICITLY AGREE TO THE FOLLOWING. PLEASE READ CAREFULLY**

This communication is for entertainment purposes only. Never invest purely based on our communication. Oilprice.com and its owners and affiliates (“Oilprice.com”) have not been compensated by Avanti but may in the future be compensated to conduct investor awareness advertising and marketing for AVN. The information in this report and on our website has not been independently verified and is not guaranteed to be correct.

NOT AN INVESTMENT ADVISOR. Oilprice.com is not registered or licensed by any governing body in any jurisdiction to give investing advice or provide investment recommendation, nor are any of its writers or owners.

ALWAYS DO YOUR OWN RESEARCH and consult with a licensed investment professional before making an investment. This communication should not be used as a basis for making any investment.

RISK OF INVESTING. Investing is inherently risky. Don’t trade with money you can’t afford to lose. This is neither a solicitation nor an offer to Buy/Sell securities. No representation is being made that any stock acquisition will or is likely to achieve profits.

DISCLAIMER:  OilPrice.com is Source of all content listed above.  FN Media Group, LLC (FNM), is a third party publisher and news dissemination service provider, which disseminates electronic information through multiple online media channels. FNM is NOT affiliated in any manner with OilPrice.com or any company mentioned herein.  The commentary, views and opinions expressed in this release by OilPrice.com are solely those of OilPrice.com and are not shared by and do not reflect in any manner the views or opinions of FNM.  FNM is not liable for any investment decisions by its readers or subscribers.  FNM and its affiliated companies are a news dissemination and financial marketing solutions provider and are NOT a registered broker/dealer/analyst/adviser, holds no investment licenses and may NOT sell, offer to sell or offer to buy any security.  FNM was not compensated by any public company mentioned herein to disseminate this press release.

FNM HOLDS NO SHARES OF ANY COMPANY NAMED IN THIS RELEASE.

For all editorial and technical questions please contact info@oilprice.com or call: +44 20 3962-5740

Delays, increase in masks, compulsory shots: the wave of viruses disrupts plans for the return of offices