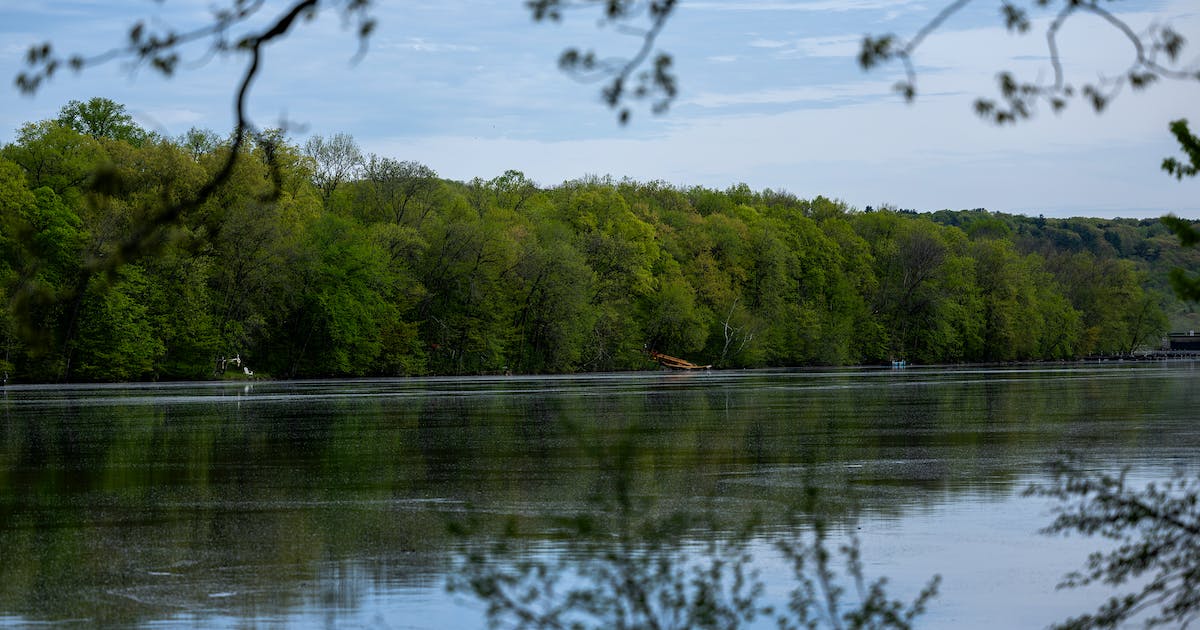 ST. CROSS FALLS, Wis. – A developer set to build 12 homes on the bank of the St. Croix River calls the structures green and sustainable, but the developer‘s vision has drawn cries of disapproval from residents who see it as an encroachment on the federally protected waterway.

The EcoRiver development by GreenHalo Builds of Stillwater has yet to receive final approvals, but city officials have taken steps to make it happen, including planning the necessary infrastructure and considering a zoning change that will would allow houses to be closer to the river than is generally permitted.

“Nobody wants that,” said resident Jerry Kingery, who along with about 20 other opponents appeared before the St. Croix Falls Plan Commission on Monday night as the body considered the rezoning application for the promoter. Kingery lives on North Hamilton Street near the proposed EcoRiver site and, like many of his neighbors, fears the project will introduce traffic and construction noise while disrupting the scenic riverfront.

It’s not just a local dispute: the project’s location makes it the latest test of a long-running battle in the St. Croix Valley between developers and river stewards who want to see the waterway left behind. as is.

The project would be located just uphill from Gaylord Nelson Park, named after the governor of Wisconsin and US senator considered the father of Earth Day. It was Nelson who, along with the late Vice President Walter Mondale, drafted the landmark 1968 federal law naming the St. Croix River a Wild and Scenic River, a designation intended to preserve wilderness and limit development.

The river’s designation serves as a guide, but not a rule, for the city as it balances the forces of preservation and development, said St. Croix Falls City Administrator Joel West. “The city must balance these two elements as it provides services to its residents and development as a city,” he wrote in a May 13 memo to city officials.

GreenHalo Builds CEO John Sharkey said he views the St. Croix Falls project as a collection of highly efficient homes using sustainable and healthy products. Homes could be built “net-zero ready”, capable of running on solar panels. Each construction site would have 50 feet of shoreline and owners could ask the Department of Natural Resources to install docks. After hearing the opposition at Monday night’s Planning Commission meeting, Sharkey said he was sympathetic to people who live nearby.

“I get their point of view, but they don’t see what we could do with it: a really cool community of healthy, energy-efficient homes,” he said.

The city purchased all but one of the plots from Northern States Power in 2016 for $346,000. The power company operates a hydroelectric dam on the St. Croix River in St. Croix Falls and is slowly selling off land it has held in the area for decades. Under the terms of the purchase agreement signed with GreenHalo Builds, the city would sell all the plots for $375,000 if all approvals were granted.

Although the city and Sharkey have been in talks since November, it wasn’t until last week that Deb Ryun found out. As executive director of the Wild Rivers Conservancy, Ryun oversees a group dedicated to preserving the St. Croix and Namekagon rivers.

“We can and should have been included in part of the discussion,” Ryun said. She has since submitted a written comment opposing the plan, specifically the zoning change that would allow the builder to place homes 50 feet from the river, rather than the usual 75 feet required by the city’s residential building code. “It’s pretty egregious,” she said.

The project site may include wetlands. A nearby mobile home park and marina could also be affected.

The National Park Service built its visitor center for the St. Croix National Scenic Riverway just south of the proposed construction site in 2016, and park superintendent Craig Hansen said he wants the town to move forward. slowly as she considered the GreenHalo plan.

The project is within the river limits as described in the Wild and Scenic Rivers Act of 1968, Hansen wrote in a letter to city officials. A preliminary review of the project by the NPS found it could degrade water quality and cultural, recreational and other values ​​the law seeks to protect, he added.

Monday evening, the inhabitants put a more acerbic point on their opposition.

“It’s like sneaky things happening,” Pamela Brown said. “This is one of the most beautiful protected rivers in the country in the United States. People from all over the world come here. We don’t need anyone to come here to put in a new sewer.”

The St. Croix Falls Plan Commission on Monday voted for a two-week hiatus before making a recommendation on the zoning change requested by GreenHalo. Its next meeting is scheduled for May 31.