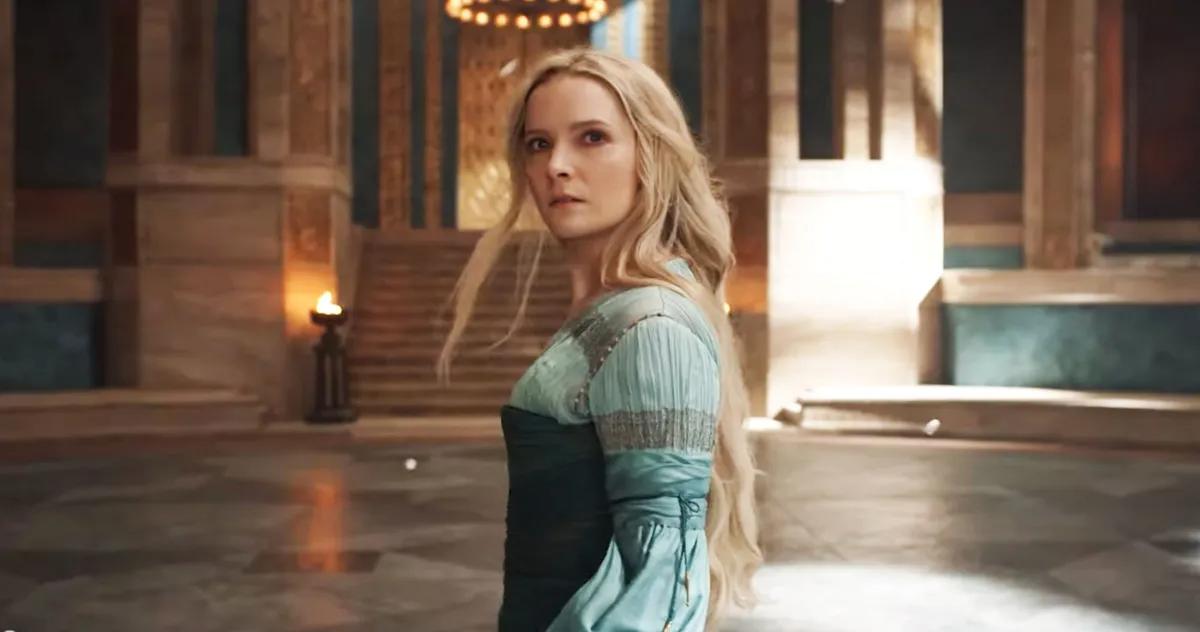 I watched the first two episodes on Amazon The Lord of the Rings: The Rings of Power and came away pleasantly surprised by the sumptuously produced spectacle.

It was a bit slow, but I loved the world building and visual design, music and costumes.

I could tell big changes were being made to established lore, and I knew the showrunners were condensing the Second Age into a much more manageable timeline. But after the third episode, I have a lot more doubts and reservations about what Amazon is doing with this property, and what kind of story is actually unfolding.

Yeah, part of that has to do with Galadriel (Morfydd Clark) who I actively dislike at this point. It’s hard to feel optimistic about a show whose central protagonist is also its weakest link.

But there’s more than just one character that’s starting to feel out of place or just plain wrong, and I’m starting to wonder if the scale of the changes to Tolkien’s established Second Age lore was necessary or if an approach different to that adaptation would have made more sense.

The timeline is perhaps the biggest issue, and it’s kind of a headache. The First Age ended with the defeat of Morgoth, but that would have been thousands of years in the past at this point, and very few people would even remember there was a Morgoth, let alone the Sauron’s existence – and yet commoners in the Southlands raise Morgoth as if the war happened yesterday.

This leads to other awkward moments. In episode 3, Galadriel and Elendil travel to the Hall of Law, an ancient Númenorean library, where they discover that Sauron’s mark is actually a map of the Southlands. There is an old document which they easily discover almost instantaneously which contains a map and writing in the Enemy’s “black speech”. Galadriel reads it:

“It speaks not just of a place, but of a plan: a plan by which to create a realm of their own where evil will not only endure but thrive, a plan to be implemented in the event of Morgoth’s defeat. . . by his successor. »

“Things are worse than I expected,” she replies breathlessly.

“So the Southlands are in grave danger.”

“If Sauron has indeed returned,” said Galadriel, pausing for dramatic effect. “The Southlands are just the beginning.”

This scene was painful to watch. Just deeply grumpy in the worst way. Did the Black Speech note really say that the plan was to create a realm where evil could not just survive, but thrive? Is this how Sauron and his orcs and lieutenants talk to each other while twirling their villain mustaches?

“What is your diabolical plan, Lord Sauron?” Should Morgoth be defeated, that is?

“We are going to create a kingdom!”

“Where all our evil can survive?”

“Not only to survive idiot! It will be a kingdom where evil will thrive! Bwahahahaha!”

“Oh, I love it, Sauron! So diabolical!

“Yes yes, I hope you were writing all that. No? Well, please. We need to send this to all our evil friends so they know the plan too! And be sure to draw a map In fact, we’ll be drawing lots of maps for the elves to find clues to where our new realm of evil is!”

“Yes, what good is an evil plot and a realm of pure evil if we don’t attract the good guys to us?” How can we properly monologue and regale them with all our diabolical plots if they can’t find us? »

“What shall we call this new realm, O master of darkness? »

Specifically, I don’t know how it changes anything. Galadriel believed that Sauron was already there. Finding what I presume is a very old document (from a time when human spies would presumably be sent to spy on orcs, which should be a long time ago since no one has seen orcs for generations) proves not that Sauron is back.

And the whole “if Morgoth is defeated” bit just sounds ridiculous. Morgoth was one of the most powerful beings in existence. I don’t think anyone was making contingency plans to create an evil realm if the dark god was killed. It all just seems to give very human and deadly motivations and logic to beings that operate on a whole other level. And why not create this realm of pure evil, whether Morgoth is defeated or not? Why is this even set up as a contingency plan?

Sauron went into hiding at the end of the First Age and hardly anyone would remember his existence except ancient elves like Galadriel. But this is where we get into all sorts of timing issues.

Sauron returned from where he was hiding around 1000 SA (1000 years into the Second Age) and began to settle Mordor, gathering his armies of orcs, trolls and other villains against him.

Elendil was born in SA 3119, more than two thousand years later, long after Sauron’s return to Middle-earth and long after the forging of the Rings by Celebrimbor, who was tricked by Sauron, disguised as Annatar and blinded by his own ambition.

This all took place around SA 1600, culminating in Sauron’s devastating assault on Eregion where he captured and tortured Celebrimbor, taking the Nine Rings and learning where the Seven were, but not learning where the Elves kept the Three .

Towards the end of the Second Age, several centuries later, Sauron was captured and taken prisoner by the Númenóreans which in turn led to the downfall of the kingdom as Sauron corrupted his people and rulers, driving Elendil and Isildur to drive the nation’s survivors to the Middle East. -land where they founded Gondor, eventually teaming up with the elves of Lindon – the last alliance of men and elves – and defeating Sauron in battle, Isildur cutting off the Ring from Sauron’s finger but refusing to destroy it when he had the opportunity.

So the show takes the forging of the Rings, the return of Sauron, the fall of Eregion and presumably the eventual capture of Sauron and the fall of Númenor into one show and a timeline that will span a very short period of time . It’s a pretty drastic cut of the Second Age, though if done correctly I can see how it would work over multiple seasons.

The trick is to make it work – and if scenes like the Hall of Law are anything to go by, I’m not too hopeful. We still need the timelines to make sense, even if they’re changed, and that doesn’t work if you present the show as taking place at a time when Sauron has essentially been gone so long no one remembers him, but then have all your characters know exactly who he is and who Morgoth was as if the first age just ended last year. These things directly contradict each other.

Still, I can see why they would want to combine it all into one tale, since most fans aren’t big enough on Tolkien’s lore to care. It would make sense for Ar-Pharazôn and his Númenórean army to show up to fight Sauron after the fall of Eregion, for example, and then take him prisoner, as he clearly cannot do so in SA 3261 when attacking Mordor in Tolkien. timeline (with such mighty and awesome force that Sauron’s armies desert him and flee without a fight).

You could then have Sauron taken to Númenor where he sneaks into the king’s head, sowing the seeds that will lead to this realm’s turn towards darkness and evil.

But here we also have some weird timeline stuff that doesn’t make sense. There’s already a lot of talk about who is and who isn’t loyal to the elves in Episode 3, but it would make more sense later, when Sauron begins to turn Ar-Pharazôn into a sidekick to Morgoth – when the things are going very, very badly. It’s weird to establish this divide now rather than doing it after Sauron’s arrival.

Of course, that would mean refreshing the cast every two seasons (other than the elves) and that’s certainly a risk in itself.

I think this can all still work as a condensed timeline, and I understand why they approach it that way, but the risk is a confusing and inconsistent end product that stumbles on its own feet. I hope that’s not the case and power rings will soon find its groove, but the third episode definitely worries me more than before.

You can verify my talk with my friend Patrick – who knows a lot more about Tolkien lore than I do – below. This is a pre-episode 3 discussion, so we’ll definitely have to do another to talk about all these massive timeline changes.

What is a crypto gas war?

Free Online Courses in Data Science by Harvard, MIT, Others