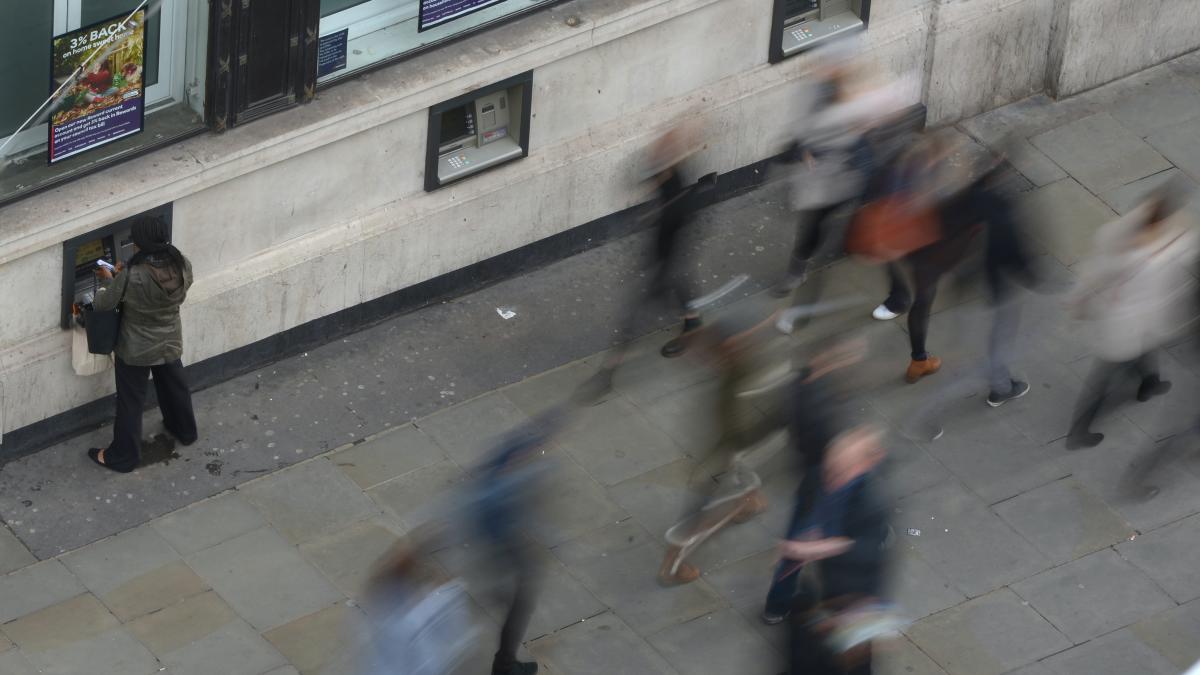 According to a survey, three in four people think Covid-19 will continue to affect their use of cash until 2021.

Some 75% of people surveyed across the UK by YouGov in late November said they believed coronavirus would affect their use of cash over the next six months.

The survey of over 2,000 people was carried out for the ATM Link network.

Overall, 72% of respondents at the end of November said they had used less cash since the Covid-19 outbreak.

But for some, using less cash has made it harder to keep track of their finances.

One in 12 (8%) said using card payments in stores instead of cash made it difficult to keep track.

Cash also came in handy in some situations during lockdowns, with 8% of people saying they used cash to pay a friend or family member in exchange for shopping or helping out. something else.

One in six (15%) also said they keep extra money at home for emergencies.

The research also found that the issue of some stores discouraging cash payments during the pandemic caused problems for customers.

More than a quarter (27%) of consumers said they had experienced situations where they had wanted to pay for something in cash but had to use a card as a place to pay in cash discouraged.

And about one in seven (13%) had wanted to use coins or banknotes, but because the place they were at no longer accepted cash, they did not make a purchase.

John Howells, CEO of Link, said: “Covid-19 is transforming our relationship with cash.

“Year-over-year, we’ve seen ATM cash withdrawals drop by almost 40%. Normally, we would have expected this over five years, but it happened in nine months.

“However, it’s important to remember that even during a pandemic and with multiple lockdowns, over £1.6bn is withdrawn from ATMs every week.”

He added: ‘We are delighted that the government is introducing legislation in early 2021 to protect access to cash, but we need it urgently.’

However, a recent study by the Bank of England indicated that the risk of contracting the coronavirus from banknotes is low.

Overall, 60% of respondents at the end of November said they had used cash in the previous two weeks to pay for goods and services.

The report says people aged 55 and over lead the way in most spending categories when it comes to spending cash, especially at convenience stores and paying for jobs around the house.

But he added that younger age groups continue to spend using coins and banknotes – with adults aged 24 and under leading the way in cash spending in pubs, restaurants and public transport.

Gareth Shaw, CFO at Which? said the pandemic has put further strain on the UK’s “fragile cash network”.

He said: “Our research shows that some of the most vulnerable, who rely on cash to pay for essential goods and services, risk being left out as the UK accelerates towards a cashless society before they be ready.

“The government must urgently push forward its promised legislation to ensure consumers have access to cash for as long as they need it.

“The FCA (Financial Conduct Authority) must also closely monitor the acceptance of cash, as protecting access to cash will be compromised if there is nowhere to spend it.”