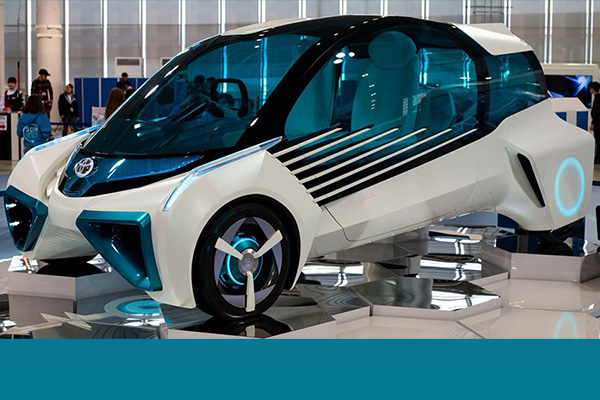 UCLA-led study could be a step towards cheaper hydrogen energy

A study by UCLA researchers could help accelerate the use of hydrogen as an environmentally friendly energy source in transportation and other applications.

The team developed a method to predict the potency and stability of platinum alloys – two key indicators of their performance as catalysts in hydrogen fuel cells. Then, using this technique, they designed and produced an alloy that gave excellent results in conditions close to real-world use.. The conclusions are published in the journal Nature Catalysis.

“For the sustainability of our planet, we cannot continue to live as we do, and reinventing energy is a major way to change our path,” said corresponding author Yu Huang, professor of science and materials engineering at UCLA Samueli School. of engineering and member of the California Institute for Nanosystems at UCLA. “We have fuel cell cars, but we need to make them cheaper. In this study, we proposed an approach that allows researchers to identify the right catalysts much faster.

Fuel cells produce energy using oxygen from the atmosphere and hydrogen. A key step in the process is to use a catalyst to break the bonds between pairs of oxygen atoms. The catalysts that work best are very active, to drive the reaction, yet stable enough to be used for long periods of time. And for those who design fuel cells, finding the best catalysts has been a major challenge.

Platinum is the best element for this purpose, but its scarcity makes the technology prohibitively expensive for widespread adoption. An alloy combining platinum with a more easily accessible metal or metals would reduce the cost, but there has never been a practical and real method to quickly select which alloy would make the best catalyst.

As a result, advances in technology have so far been the result of trial and error.

“This is a decisive step forward towards the rational design, down to the microscopic scale, of catalysts with optimal performance,” said Alessandro Fortunelli of the Italian National Research Council, corresponding co-author of the paper. ‘article. “No one has ever proposed a method, theoretical or experimental, to predict the stability of platinum alloy catalysts.”

“For the sustainability of our planet, we cannot continue to live as we do, and reinventing energy is a major way to change our path,” Yu Huang said.

The new method predicts both the power and the stability of platinum alloy catalysts. It was developed using a combination of experiments, complex calculations and X-ray spectroscopy, which allowed researchers to accurately identify chemical properties.

The researchers then created catalysts that combined precise amounts of platinum, nickel, and cobalt in a specific atomic structure and configuration based on their experimental measurement. They showed that the alloy they designed is both highly active and highly stable, a rare but indispensable combination for fuel cell catalysts.

Huang said the method could be applied to potential catalysts mixing platinum with a subset of metals beyond nickel and cobalt.

The paper’s other co-corresponding authors are chemist Qingying Jia of Northeastern University and theorist William Goddard of Caltech. Huang, whose UCLA lab was primarily responsible for designing and testing the catalyst, said collaboration with scientists and engineers from other institutions was critical to the success of the study.

“Without one of these partners, this work would be impossible,” she said. “For a long-term, curiosity-driven collaboration like this, the most important thing is to have the right people. All of us were focused on digging deep and trying to figure out what was going on. It also helped that they were a fun team to work with.

The study’s first author is Jin Huang, who earned a Ph.D. from UCLA in 2021. Other co-authors from UCLA are Ph.D. students Zeyan Liu, Bosi Peng, and Yang Liu; former graduate students Mufan Li and Sung-Joon Lee; postdoctoral researcher Chengzhang Wan; associate project scientist Enbo Zhu, who worked on the study as a doctoral student and postdoctoral researcher at UCLA; and Xiangfeng Duan, professor of chemistry and biochemistry. Other authors are from Brookhaven National Laboratory in New York, the Italian National Research Council, Northeastern University and UC Irvine.

The research was supported by the US Office of Naval Research and the National Science Foundation.