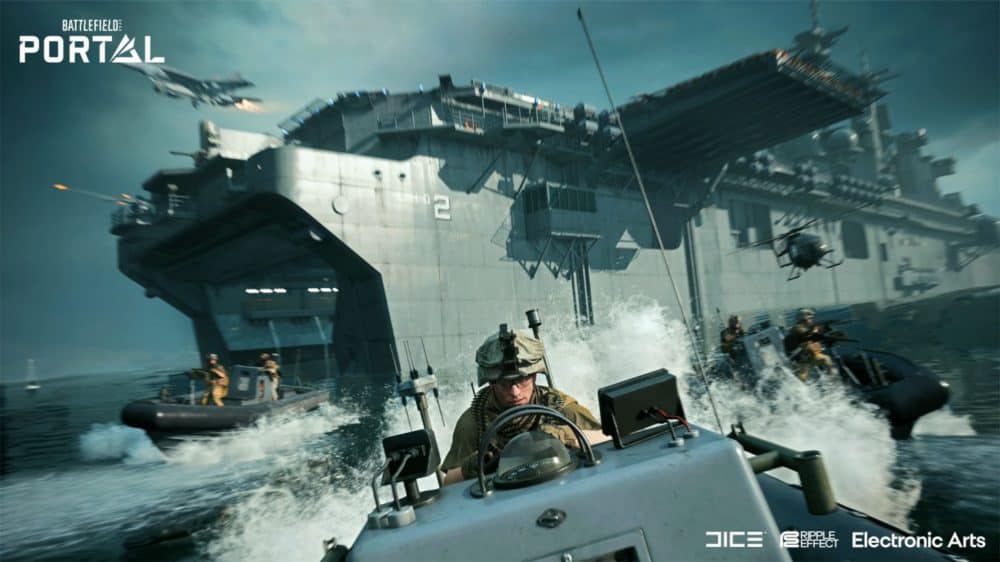 What we know about the Battlefield portal so far

What is the Battlefield Portal?

According to the official Battlefield website, “Battlefield Portal is a community platform within Battlefield ™ 2042 that will allow you to create and find fantastic experiences delivered by the series’ creative and passionate community. The creation suite includes settings, custom modes and a logic editor so you can create your own signature on the Battlefield sandbox; you’ll be able to change team ratios, change victory conditions, restrict weapons, and even pit different factions from different eras in Battlefield history. Those who want to focus on discovering what others have created will have easy access to a whole world of unexpected battles featuring some of the series’ most famous eras blended into distinct and thrilling experiences. Along with all the exciting content players will enjoy in Battlefield 2042, Battlefield Portal also lets you have fun with maps, weapons, vehicles, and more from previous Battlefield games with remastered visuals, such as Battlefield 1942. , Battlefield: Bad Company 2 and Battlefield 3.

Battlefield Portal, in essence, is a massive custom game, which lets you tweak just about any game setting you want. We’ve received a small selection of settings you can change in Battlefield Portal at launch, including:

Unfortunately for some, EA has confirmed that while this is only a small part of the settings you can play around with, you not be able to create a custom Battle Royale mode. Not necessarily a big deal for most players, but definitely something that I’m sure would interest a lot of people in the future.

In Battlefield Portal, you will also be able to create experiences for other players, which basically allows players to join together to run custom games or preset modes like Conquest, Team Deathmatch, Rush, etc. You can also choose to fill the match with AI if you want, or you can completely disable the AI ​​soldiers. With the launch of the game, you can expect basic administration tools to be usable by experience creators, such as the ability to disallow usernames that continue through experiences you create. This is really huge, having permanent bans in whatever experiences you create is definitely a fantastic option. If you like a player’s experience enough, you can choose to follow them to keep up to date when they host matches, and creators can choose to share their own creations as well as allow other players to share them. use with their parameters and logic. edited. Like Fortnite, some of the more popular experiences will be featured in official playlists, making it easy to find new, fun and creative matches when you load in. Portal of the battlefield.

If you have computer programming experience then the Battlefield Portal Logic Editor will make a lot more sense. If not, don’t worry, it will just take a little while to learn. Basically, the logic editor in Battlefield Portal will allow you to create custom victory conditions, team ladder, and more, by creating custom logic yourself. This will probably be my favorite feature, but it probably won’t be very useful, just because there are a lot of people out there who won’t want to take the time to do it on their own. We’ll know more about the Logic Editor in the coming months.

Here’s a look at the full list of Return Cards that will be included at launch:

Now let’s take a look at some other returning favorites:

Delays, increase in masks, compulsory shots: the wave of viruses disrupts plans for the return of offices

A developer from Ga. Accused of polluting wetlands, lake