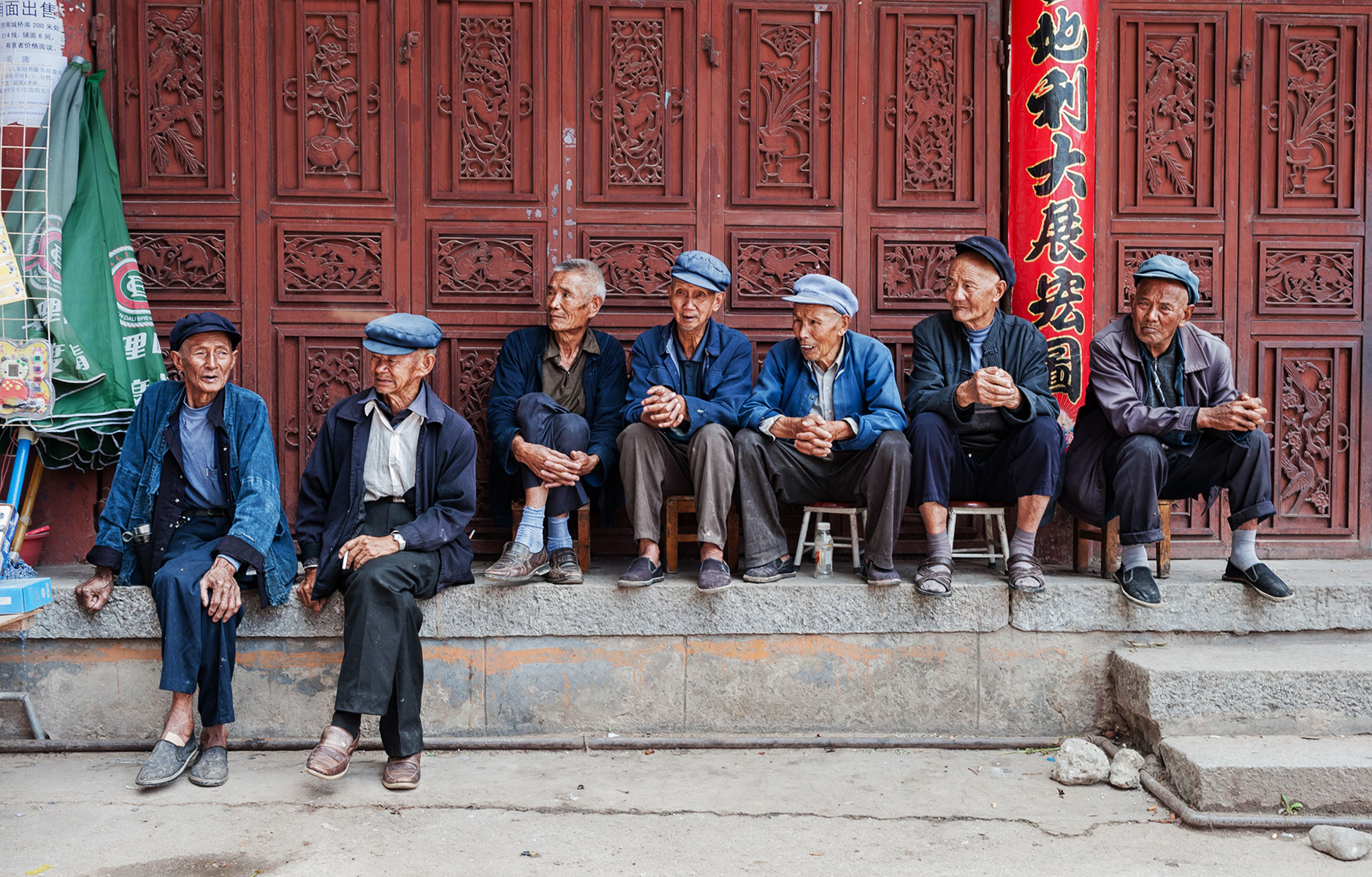 For most 20e century, Westerners had only one word to sum up their thoughts on China: impenetrable. Several decades of globalization have radically changed this perception. Fully integrated into the global economy, China today plays a dominant role and is expected to become the the largest economy in the world by the end of the decade. Westerners may find this disturbing, but they no longer see China as impenetrable.

For Western thinkers, when an entity finds its place in a system, the structured categories of the system serve to locate and ultimately define the substance of the entity. Now that China is subject to the rules of the global economy, analysts think they understand it. Influenced by the analytical model inherited from Aristotle’s metaphysics which distinguishes substance (or essence) and accident (or variable traits), today’s analysts reject everything that the system cannot account for as accidents. Accidents can always be corrected in the name of efficiency.

Despite its obvious peculiarities, for Westerners, China has become a member of the tribe. Analysts assess his behavior according to the rules and laws of the tribe. Over the past two centuries, starting with David Ricardo and Karl Marx, Western thinkers have tended to reduce their understanding of social reality to economic relations. In doing so, they fail to integrate into their model two dimensions which they relegate to the category of Aristotelian accident: culture and politics.

Does the world need to contain China?

At best, analysts attribute to culture and politics a supporting role in the great cause of economic organization. They fail to notice that cultures differ not only in how they treat time, space, and social relationships, but also in how they measure value. In particular, they overlook the value that cultures place on individual and collective behaviors that form the basis of political systems. This leads to major misinterpretations. We can see the result of failed military campaigns, from Vietnam to the Middle East. Similar failures occur in the field of economics.

As if to illustrate the principle, the European Chamber of Commerce has just produced a report expressing its severe criticism of what it sees as the wrong path that Chinese President Xi Jinping seems to be taking. The august institution, centered on the logic of trade, believes that some of Xi’s salient measures violate a totally rational settlement that members of the global economic community must always abide by.

In Western Thought, a Virtue for Individuals and a Vice for Nations

On the same subject, Stephen McDonell, BBC correspondent in Beijing, offers a different analysis, which seeks to explore certain cultural factors. McDonell cites some of the salient features of Xi’s “common prosperity” program. â€œUnder this banner,â€ he writes, â€œtargeting tax evasion by the rich makes more sense, as do measures to make education fairer by banning private tutoring companies. The ongoing crackdown on the country’s tech giants can also be seen as part of the plan. “

Unlike the European Chamber of Commerce, which worries about the violation of capitalist orthodoxy, McDonell recognizes a certain consistency in the Chinese project. He cites the historical reality of the “income disparity chasm” that sparked Xi’s initiative.

This is a criterion that makes sense even in the West, where people grapple with the realization that modern capitalism, reshaped by neoliberals since the 1980s, has produced an increasingly obscene wealth gap and unmanageable that seems integrated into the logic of the system.

Economists like Thomas Piketty have looked at this question while going beyond simple economics to take into account the cultural and political (or ideological) foundations of the phenomenon.

The thinking of most economic commentators generally stumbles upon its own cultural logic. Like the European Chamber of Commerce, McDonell himself fails to make the cultural leap and relies on Western criteria to complete his analysis. He notes that Xi’s authoritarianism allows him to rewrite the rules at any time.

Then he asks the $ 64,000 question that Western analysts still consider fundamental: “How can someone reliably make investment decisions if they don’t know what the ground rules will be in a business?” month ? “

McDonell’s question has immediate meaning for his Western readers, since the notions of investment and risk are at the heart of all thinking about the economy. But in his own potted summary of the history of Communist China’s economic ideology, the BBC reporter offers a number of clues that would explain why this issue is of much less concern to the Chinese than anyone in the West. .

McDonell points to the Chinese government’s handling of the narrative around its “concept of socialism.” During its phase of integration into the world capitalist economy, the government “trusted the runoff economy”. McDonell then raises a serious question. â€œSo does Xi Jinping really believe in this idea of â€‹â€‹a communist project? “

In other words, China has painfully shifted from Mao Zedong’s totalitarian version of Marxist doctrine to Milton Friedman’s trickle-down economy under Deng Xiaoping, ushering in a period of prosperity. Does it make sense to imagine that it might evolve again, this time into a new version of Marxist egalitarianism?

To answer this question, McDonell examines the story of Xi himself and that of his father, imprisoned in 1978 for his commitment to economic liberalization. This allows him to question whether Xi’s apparent conversion to communist ideals is sincere or simply opportunistic.

In August, the Daily Devil’s Dictionary suggested that Xi’s motivation may simply be the desire to “remake his image as a populist hero at home” in an effort to consolidate his power and ward off the risk of a future winter of death. dissatisfaction. Most commentators now agree that â€œcommon prosperityâ€ reforms are the real thing and not just political rhetoric.

This explains why the European Chamber of Commerce seems worried. It also explains why the BBC is devoting a three-part series to elucidate “how Beijing is rewriting the rules of business conduct and the global implications of this”.

Earlier this month, the New York Times quoted former US government analyst Christopher Johnson as relevantly observing that “Xi considers doing something about income inequality and the wealth gap in China. is vital in this struggle of world narratives with the United States and the West in general. . “This dimension of the issue adds interest to the drama currently unfolding in Congress over President Biden’s $ 3.5 trillion infrastructure bill.

Some Republicans see it as proof that Biden is a Marxist. If passed, the bill would help narrow the huge and growing wealth gap, but it would not attempt to reign over the power of finance and big techs, as Xi’s plan intends to do. It is highly likely that Congress will reject the Biden plan. Democracy seems to struggle to compete with autocracy.

There is another irony in this story about China’s goal of self-sufficiency. In American culture, autonomy is a fundamental value. It identified with capitalism itself and spawned the culture of individualism that dominates the Western world. The myth of the self-made man sums up the spirit of individualist capitalism.

Chinese culture has always rejected autonomy. Although it sees prosperity as a goal, Chinese culture sees it as the result of collective effort, not individual initiative. You achieve prosperity through your family and your guanxi, or network of relationships, but never alone.

The European Chamber of Commerce fears that a nation representing 20% â€‹â€‹of humanity will decide to go it alone, not because that would be a bad thing in itself, but because it would take a fifth of world trade off the world market. They claim it would stifle innovation. But its effect would be more likely to disrupt the thinking of those who see humanity as collections of individual consumers of standardized products. After all, for Western economists, each self is defined by what it consumes and how it produces profit for others.

*[In the age of Oscar Wilde and Mark Twain, another American wit, the journalist Ambrose Bierce, produced a series of satirical definitions of commonly used terms, throwing light on their hidden meanings in real discourse. Bierce eventually collected and published them as a book, The Devilâ€™s Dictionary, in 1911. We have shamelessly appropriated his title in the interest of continuing his wholesome pedagogical effort to enlighten generations of readers of the news. Read more of The Daily Devilâ€™s Dictionary on Fair Observer.]

The opinions expressed in this article are those of the author and do not necessarily reflect the editorial policy of Fair Observer.

Asian shares on Chinese developer mixed and worries about virus

Coursera: PHL Has the Fastest Growth in Female Learner Enrollments in the World